In order to combat the many hundreds of file-sharing and streaming sites located in Russia, last year local authorities introduced new anti-piracy legislation.

The new law, dubbed ‘Russian SOPA’, allowed copyright holders to issue complaints against sites that fail to properly comply with copyright notices, with the ultimate sanction of having their domains blocked at the ISP level.

While the new law has reportedly encouraged a wide range of sites to focus on complying with takedown requests, a copyright case just concluded in the Moscow Arbitration Court will be of significant concern to site owners across the country.

At the center of the lawsuit was a site called TracksFlow, a professional looking Spotify-like music streaming service with one notable difference – it is completely free of charge.

With a decent database of music the site inevitably attracted the attention of copyright holders. According to TracksFlow founder Boris Golikov, Warner Music subsidiary S.B.A. Music Publishing contacted him during 2013 to complain that their music was being offered via his site without permission.

Since TracksFlow is only an index, no actual content could be removed, Golikov told the label. 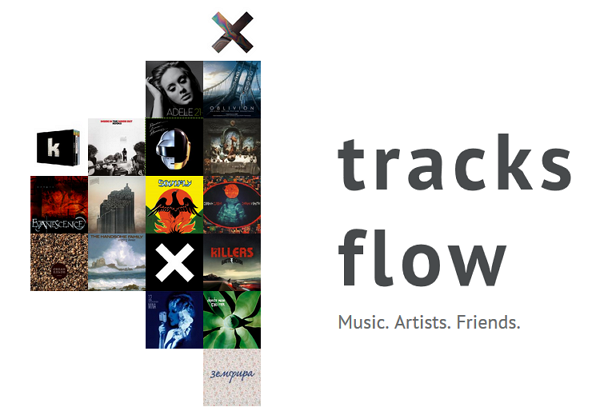 “We talked and I explained that there are no files and we do not store any on the site, it’s only a kind of aggregator, a music search engine,” Golikov explained.

In response, the label filed a lawsuit in which they complained that TracksFlow was offering music from their 30-year-old singer MakSim without permission. Neither Golikov nor associated company Digital Lab were notified of the case.

Now the Moscow Arbitration Court has handed down its ruling, finding the defendants guilty of copyright infringement and ordering them to pay a total of 1,550,000 rubles ($44,300) in compensation. While these fines are fairly small by modern standards the Court also ordered the termination of the TracksFlow.com domain name, a first-of-its-kind action by a Russian court.

“It was possible to prove that the resource is absolutely pirate in character,” said Leonid Agronov, CEO of the National Federation of the Music Industry. The likelihood of achieving similar results in other cases has now increased, Agronov added.

The big question now, however, surrounds the process which will lead to the loss of TracksFlow’s domain. TracksFlow.com is currently registered with United States company Name.com, so aside from a supporting ruling overseas it is not clear how Russian authorities intend to take control of it. Golikov could hand it over of course, but it appears he is ready to fight the decision.

Speaking with Vedomosti, Golikov reiterated that he was never made aware of the proceedings against him and as such will appeal against the ruling.

“Naturally, as soon as I get access to the documents I will file an appeal,” he said.

According to the Moscow Arbitration Court, he has 30 days to do so.