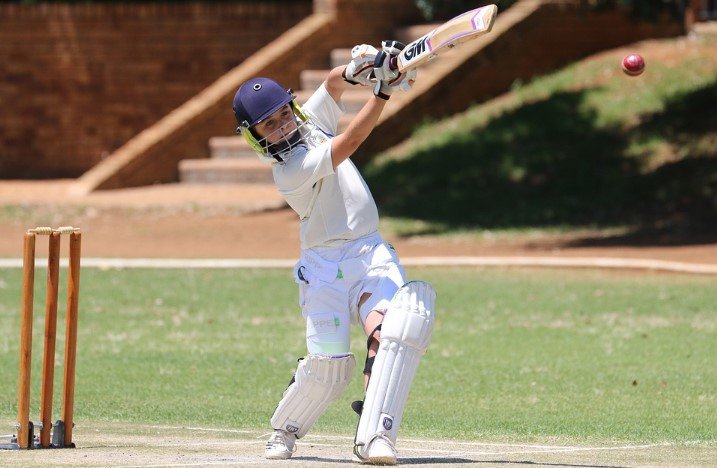 Copyright infringement is frequently framed as something horrible, an evil that has to be rooted out.

However, it’s also at the source of many creative expressions or just pure entertainment. In these cases, copyright enforcement can do more harm than good.

An example of such a clash took place on Twitter yesterday, when superfan Rob Moody informed Twitter followers that his massive library of over 2,000 cricket clips was at risk. Several videos were targeted by takedown requests from Cricket Australia and, if Moody refused to remove all infringing content, his account would be suspended.

Needless to say, Moody wasn’t pleased, something he made crystal clear.

“So I’m told to delete every cricket video I’ve ever uploaded to Twitter, over the past 11 years….. You have to laugh really! Just suspend my account and be done with it, as if I’m going to go and find all 2000+ videos since 2009 and delete them.” 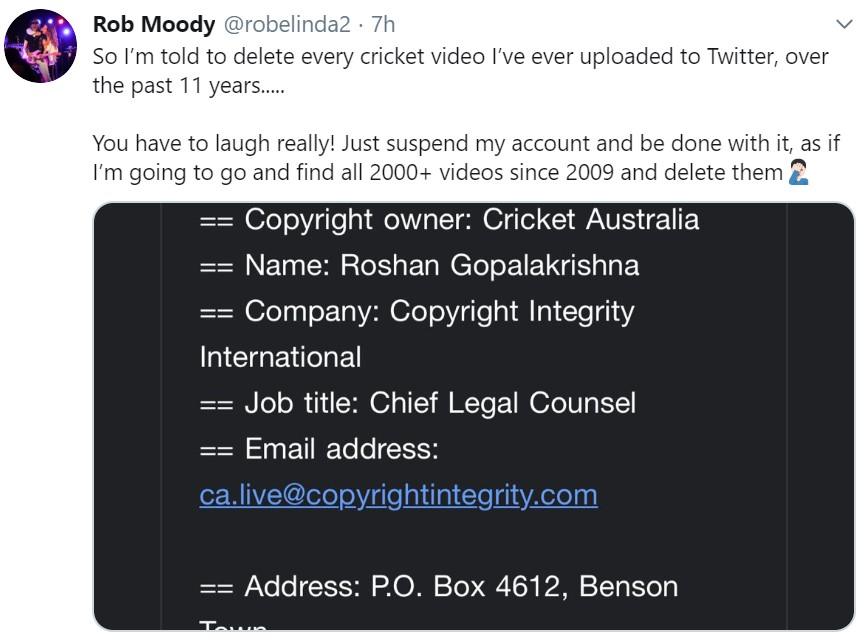 A lot of cricket fans, including various prominent names, were equally shocked by the decision. The archive of cricket videos has been a source of entertainment for many and has amassed millions of views.

New Zealand international James Neesham urged those responsible to “sort it out” and TV-personality Piers Morgan jumped in asked people to “rise up” in defense of the video archive.

The big problem, of course, is that the copyright claims aren’t entirely unwarranted. Moody doesn’t own the rights to broadcast the clips via Twitter. This is something he’s well aware of.

“It’s nice that people like watching the videos but reality is what I’m doing is wrong, and can’t last forever,” Moody replied when someone highlighted this angle.

While many people had already started to get used to the idea that their favorite cricket video archive would be lost, Cricket Australia jumped in. The organization was indeed responsible for the looming purge, but it was quick to retract its claims. Apparently, they were sent in error.

“Some good news: The copyright claims against @robelinda2 were made in error and have been retracted. The videos should be back up and running soon,” the organization tweeted.

“We’ve got no plans to shut down Rob’s old gold and will follow up on the processes around this,” Cricket Australia added.

So, after a few hours, the crisis was averted. Rob Moody can continue posting cricket clips and given the events that unfolded today, he doesn’t have to be worried that Cricket Australia will go after him in the near future.

This doesn’t mean that others can’t be targeted for posting the same clips of course. However, the whole episode shows that copyright enforcement can sometimes do more harm than good. This is something rightsholders may want to keep in mind.