Back in February 2015, German anti-piracy outfit GVU filed a complaint against the operators of large eBook portal Lul.to.

Targeted mainly at the German audience, the site carried around 160,000 eBooks, 28,000 audiobooks, plus newspapers and periodicals. Its motto was “Read and Listen” and claimed to be both the largest German eBook portal and the largest DRM-free platform in the world.

Unlike most file-sharing sites, Lul.to charged around 30,000 customers a small fee to access content, around $0.23 per download. However, all that came to end last week when authorities moved to shut the platform down.

According to the General Prosecutor’s Office, searches in several locations led to the discovery of around 55,000 euros in bitcoin, 100,000 euros in bank deposits, 10,000 euros in cash, plus a “high-quality” motorcycle.

As is often the case following significant action, the site has been completely taken down and now displays the following seizure notice. 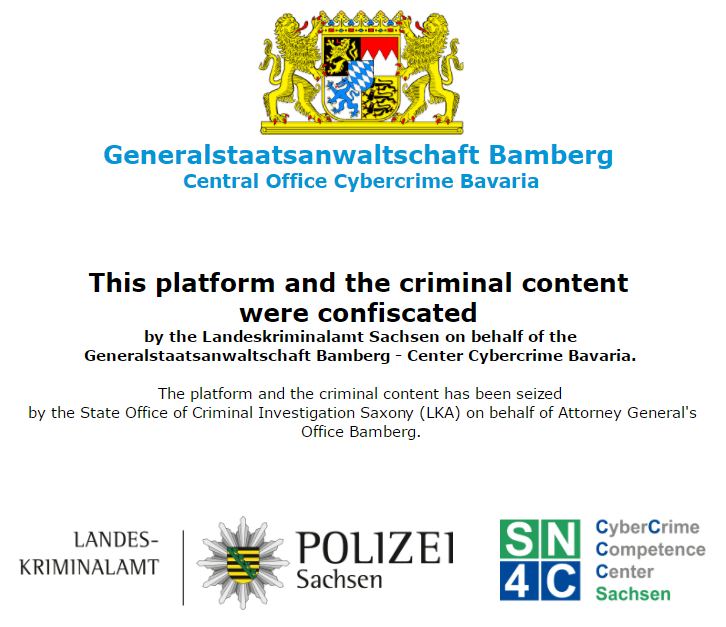 Authorities report that three people were arrested and are being detained while investigations continue.

It is not yet clear how many times the site’s books were downloaded by users but investigators believe that the retail value of the content offered on the site was around 392,000 euros. By volume, investigators seized more than 11 terabytes of data.

The German Publishers & Booksellers Association welcomed the shutdown of the platform.

“Intervening against lul.to is an important success in the fight against Internet piracy. By blocking one of the largest illegal providers for e-books and audiobooks, many publishers and retailers can breathe,” said CEO Alexander Skipis.

“Piracy is not an excusable offense, it’s the theft of intellectual property, which is the basis for the work of authors, publishers, and bookshops. Portals like lul.to harm the media market massively. The success of the investigation is another example of the fact that such illegal models ultimately can not hold up.”

Last week in a separate case in Denmark, three men aged between 26 and 71-years-old were handed suspended sentences for offering subscription access to around 198 pirate textbooks.