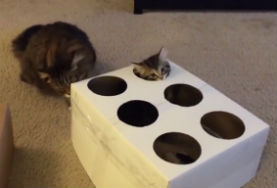 A cat playing a game of whack-a-mole, a goat hitching a ride on the back of donkey, and a flying squirrel that’s eaten too much.

Besides being animals, they have something else in common. They’re all stars in viral videos.

With millions of views these lucky clips draw a lot of eyeballs. This is good news for the creators, who can monetize the views. And mainstream news sites and tabloids like them as well, since ithey can add some amusement to their online publications.

The problem, however, is that quite a few websites don’t pay for the viral content they put up. In some cases, they assume that videos can be shared freely, while others ignore the copyright issue on purpose.

According to a complaint submitted to a US District Court late last week,
popular British tabloid Daily Mail is guilty of the latter. The lawsuit was filed by Rumble, a company that manages the rights of hundreds of thousands of viral videos.

Rumble informs the court that it’s representing small creators who often don’t have the means to put up a fight against companies that ‘steal’ their content.

“By themselves, these individual content creators cannot effectively police and enforce their copyrights against those infringers who use their videos without approval, authorization or paying anything,” Rumble writes.

“These serial infringers can and do make very large sums of money using these copyright-protected videos without ever paying one penny to the content-creator,” the company adds. 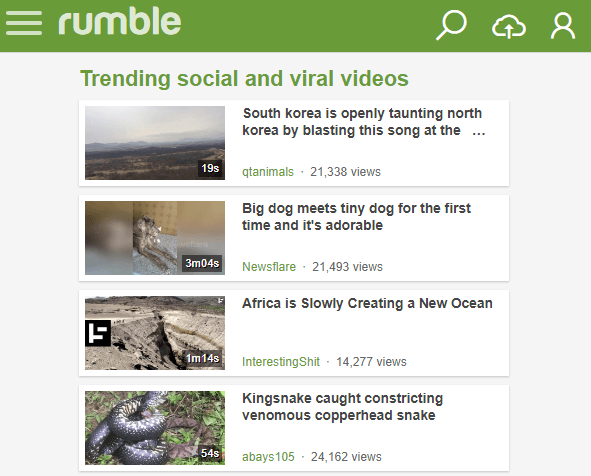 Initially, Rumble and the Daily Mail had a license agreement to use the videos on their website. However, according to the complaint, the British tabloid continued to publish them after the license expired.

When the infringing usage continued, Rumble retained legal counsel to solve the matter, but that didn’t help either. This eventually culminated in legal action.

“Rumble asserts that the infringement here is of the most bold and bald-faced kind, exhibiting an utter disrespect for the copyrights of others,” the complaint reads.

“That [the infringment] is ‘willful’ in the factual and legal sense of the word is beyond dispute, such that the ultimate damages to be awarded will be reasonably and justifiably enhanced, including an award of Rumble’s attorneys fees as well.”

Rumble expects that Daily Mail will claim that they were not aware of the infringing activities so cautions the court not to fall for these type of excuses. The video platform stresses that turning a blind eye to the copyrights of others is part of the tabloid’s playbook, and plans to prove this at trial.

With dozens of videos listed in the legal paperwork, the potential piracy damages requested by the company are around $10,000,000. In addition, Rumble asks for an injunction to stop the infringing activity as soon as possible.

While Rumble prides itself for sticking up for the small guy, as the main rightsholder it has a direct financial interest in the case, of course.

“As per our standard agreement with creators, Rumble will share 60% of Net Earnings awarded from any legal action associated with those creators’ video represented by Rumble,” a company spokesperson informed TorrentFreak.

Fake News is Coming? Game of Thrones Pirates Are Going to Jail