Decluttering The Tubes, Solutions to the BitTorrent “Problem”? 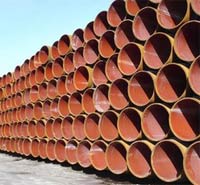 There has been a lot of discussion lately about Comcast’s efforts to slow down and block BitTorrent traffic, and even the FCC got involved in it. Unfortunately, Comcast is not the only ISP engaging in this kind of behavior, many others use similar tactics.

BitTorrent throttling has been going on for a few years now, but it is getting more attention lately, because the number of people who use BitTorrent keeps growing. The traffic shaping methods used vary from ISP to ISP. Some only limit BitTorrent traffic during certain times of the day, or throttle in specific regions. Others take a more aggressive approach and prevent their customers from seeding, or even downloading .torrent files.

Some people might wonder why ISPs throttle their connection. The argument most often used is that all the BitTorrent traffic on their network slows down other customers’ connections. An argument that makes sense (if it is true), but the real problem is that ISPs tend to be secretive about their throttling efforts. If it really is that big of a problem, be open about it, and let your customers know what they can and cannot do.

Art Reisman, who is chief technical officer at APConnections – a company that happens to manufacture traffic shaping devices, lists some of the possible solutions ISPs can implement in order to cope with the “BitTorrent problem”, which he wanted to share here.

One recourse would be to ask customers to scale back on torrents, or to use them at night or another time when network usage is low. There is plenty of precedent in the Green movement to recycle and to reduce carbon footprints. So why not a campaign to scale back BitTorrent usage ?

The downside: Can you imagine a service provider sending a letter to its customer base outlining the technical limitations of allowing unlimited BitTorrent applications, and then asking for some voluntary cooperation? Me neither. Perhaps someday, but for now providers are viewed as a profit-driven adversary by most customers.

The upside: Seems to have a warm, fuzzy, feel-good ring to it.

2.) Keep connections within the providers network.

This is the method currently practiced with help from a popular product provided by Sandvine. The basic idea is that on a large provider network there are enough BitTorrent hosts that a client need not leave the provider’s network to retrieve content.

The downside: Consumers are suspicious of providers looking at their data to make determinations on what type of traffic it is. The consumer may also not get good results if the bulk of the content were located outside their providers network; for example, if a user were to download a file that was popular in Europe, the number of servers hosting it on the Comcast network might be limited.

The upside: Consumers are still freely able to find most BitTorrent content. Providers greatly reduce connections and exchange costs with other providers.

With this method a service provider will charge much higher rates when a preset amount of data usage is exceeded over a calendar month.

The upside: This method is unobtrusive in that the provider need not look at a customer’s data, only their total usage. Experience with university residential networks has shown that once quotas are announced users voluntarily reduce their peer-to-peer or BitTorrent usage.

The downside: More complex billing detail and customer service to resolve disputes. Large providers will still compete by marketing their service as unlimited. Despite the rants about BitTorrent being a resource issue, it is still only a small percentage of total customers that use it.

4.) Limit the total connections allowed at one time per user.

The upside: It’s simple and fair to implement. Providers already set rate caps on Internet speeds, so this is just a rate cap on connections, very similar and easy to swallow for the consumer.

The downside: When users reach their allotted connection limit, all traffic on their link slows down.

5.) Build out networks to handle the increased load and pass the cost onto the consumer.

The upside: It works.

The downside: It’s most likely not economically sustainable. Without some other form of mitigation, the public’s appetite for content appears insatiable.

6.) Cancel the service of users who abuse their privileges. There have been reports of providers doing this already.

The upside: It moves an unprofitable customer off your network and onto a competitor.

The downside: Customers begin to despise you.

Here at TorrentFreak we have discussed some of these alternatives before, and in the long run there is really only one solution that is acceptable. The Internet is only a few years old, if the plan is to keep using it in the future, ISPs need to upgrade their networks. So, invest in more Internet gateway capacity, 10Gbps interconnect ports, and peering agreements. BitTorrent users are not the problem, they only signal that the ISPs need to upgrade their capacity, because customers will only get more demanding in the future. The Internet is not only about sending email, and browsing on text based websites anymore.

Art Reisman told TorrentFreak that that there are two solutions that make sense to him: “Raise rates per usage volume instead of flat rates, if it can be kept simple! Second is to limit customer connections as a resource.” Charging for bandwidth uses makes sense indeed, as long as the prices are reasonable. The second option of limiting the number of connections only looks like a temporary fix though.

What do you think?