Director of Kim Dotcom Documentary Speaks Out on Piracy 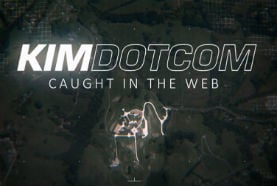 When you make a documentary about Kim Dotcom, someone who’s caught up in one of the largest criminal copyright infringement cases in history, the piracy issue is unavoidable.

And indeed, the topic is discussed in depth in “Kim Dotcom: Caught in the Web,” which enjoyed its digital release early last week.

As happens with most digital releases, a pirated copy soon followed. While no filmmaker would actively encourage people not to pay for their work, director Annie Goldson wasn’t surprised at all when she saw the first unauthorized copies appear online.

The documentary highlights that piracy is in part triggered by lacking availability, so it was a little ironic that the film itself wasn’t released worldwide on all services. However, Goldson had no direct influence on the distribution process.

“It was inevitable really. We have tried to adopt a distribution model that we hope will encourage viewers to buy legal copies making it available as widely as possible,” Goldson informs TorrentFreak.

“We had sold the rights, so didn’t have complete control over reach or pricing which I think are two critical variables that do impact on the degree of piracy. Although I think our sales agent did make good strides towards a worldwide release.”

Now that millions of pirates have access to her work for free, it will be interesting to see how this impacts sales. For now, however, there’s still plenty of legitimate interest, with the film now appearing in the iTunes top ten of independent films.

In any case, Goldson doesn’t subscribe to the ‘one instance of piracy is a lost sale’ theory and notes that views about piracy are sharply polarized.

“Some claim financial devastation while others argue that infringement leads to ‘buzz,’ that this can generate further sales – so we shall see. At one level, watching this unfold is quite an interesting research exercise into distribution, which ironically is one of the big themes of the film of course,” Goldson notes.

Piracy overall doesn’t help the industry forward though, she says, as it hurts the development of better distribution models.

“I’m opposed to copyright infringement and piracy as it muddies the waters when it comes to devising a better model for distribution, one that would nurture and support artists and creatives, those that do the hard yards.”

The director has no issues with copyright enforcement either. Not just to safeguard financial incentives, but also because the author does have moral and ethical rights about how their works are distributed. That said, instead of pouring money into enforcement, it might be better spent on finding a better business model.

“I’m with Wikipedia founder Jimmy Wales who says [in the documentary] that the problem is primarily with the existing business model. If you make films genuinely available at prices people can afford, at the same time throughout the world, piracy would drop to low levels.

“I think most people would prefer to access their choice of entertainment legally rather than delving into dark corners of the Internet. I might be wrong of course,” Goldson adds.

In any case, ‘simply’ enforcing piracy into oblivion seems to be an unworkable prospect – not without massive censorship, or the shutdown of the entire Internet.

“I feel the risk is that anti-piracy efforts will step up and erode important freedoms. Or we have to close down the Internet altogether. After all, the unwieldy beast is a giant copying machine – making copies is what it does well,” Goldson says.

The problems is that the industry is keeping piracy intact through its own business model. When people can’t get what they want, when, and where they want it, they often turn to pirate sites.

“One problem is that the industry has been slow to change and hence we now have generations of viewers who have had to regularly infringe to be part of a global conversation.

“I do feel if the industry is promoting and advertising works internationally, using globalized communication and social media, then denying viewers from easily accessing works, either through geo-blocking or price points, obviously, digitally-savvy viewers will find them regardless,” Goldson adds.

And yes, this ironically also applies to her own documentary.

The solution is to continue to improve the legal options. This is easier said than done, as Goldson and her team tried hard, so it won’t happen overnight. However, universal access for a decent price would seem to be the future.

Unless the movie industry prefers to shut down the Internet entirely, of course.

For those who haven’t seen “Kim Dotcom: Caught in the Web yet,” the film is available globally on Vimeo OnDemand, and in a lot of territories on iTunes, the PlayStation Store, Amazon, Google Play, and the Microsoft/Xbox Store. In the US there is also Vudu, Fandango Now & Verizon.

If that doesn’t work, then…