There are thousands of businesses and individuals involved in the supply and sale of ‘pirate’ IPTV services around the globe.

These subscription packages routinely grant access to hundreds and even thousands of otherwise premium channels for a cheap price, undermining the business models of content providers and broadcasters alike. This has resulted in both criminal and civil action across several continents with broadcaster DISH Network leading the charge in the US.

Just one of the company’s lawsuits, filed last August in a Texas court, targeted Easybox, an IPTV service that reportedly offered subscribers more than 1,000 channels, including more than two dozen channels exclusively licensed by DISH.

“Defendants capture live broadcast signals of the Protected Channels, transcode these signals into a format useful for streaming over the Internet, transfer the transcoded content to one or more servers provided, controlled, and maintained by Defendants, and then transmit the Protected Channels to Service Users through OTT delivery,” the DISH complaint alleged.

According to DISH, the company went to great lengths to have Easybox cease its activities in advance of filing the lawsuit, including sending almost 300 copyright infringement notices to the service and its CDN providers, all of which were ignored. 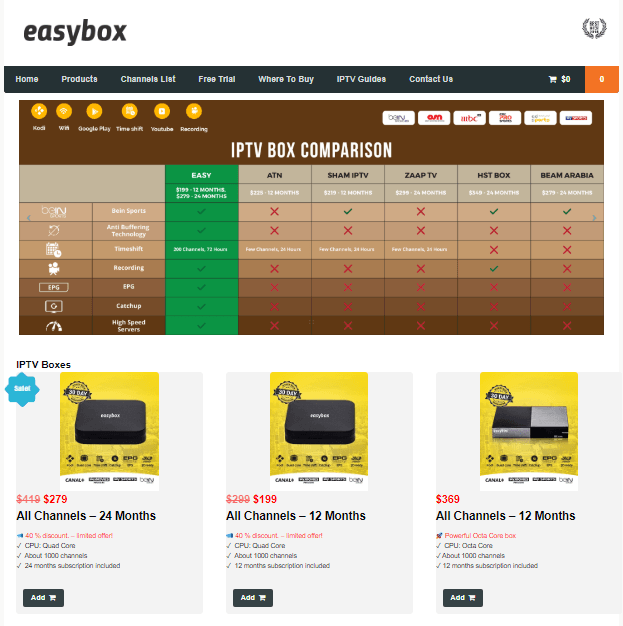 Last September, DISH was granted permission to subpoena several companies (including PayPal, Google and Namecheap) in order to identify the people behind Easybox. They were eventually named as Hung Tran and Thi Nga Nguyen.

With the individuals mounting no defense, DISH requested a default judgment at the end of December 2019 with a clerk entering a default earlier this month. DISH has now laid out its proposals for a final judgment and permanent injunction.

“Defendants, without authorization from DISH, transmitted the Protected Channels and the copyrighted works that air on those channels to users of their Easybox set-top boxes, smart IPTV subscriptions, and subscription renewals in the United States. In doing so, Defendants directly infringed DISH’s exclusive rights to distribute and publicly perform the works that air on the Protected Channels,” the proposed order reads.

Laying out its claim for direct copyright infringement, DISH demands statutory damages of $150,000 for each of 66 registered and copyrighted works owned by DISH and that the defendants “willfully and maliciously infringed by transmitting without authorization on the Easybox service.” That’s a not-insignificant total of $9.9m.

In addition, DISH is demanding a permanent injunction to prevent the defendants or anyone acting in concert with them from streaming, distributing, or publicly performing DISH channels and programming, and/or advertising, selling or providing any service offering the same.

DISH is also requesting an order preventing any company from providing infrastructure to the defendants in respect of Easybox or a similar service. These include data centers, domain companies, domain anonymization services, CDNs, and social media platforms.

The broadcaster further demands that Verisign and any other registries or registrars of the domains Easybox.tv, E900x.com, and k2442.com should render them inaccessible before transferring them to DISH for the company’s use. Any future domains registered by the defendants for the purposes of infringing DISH’s rights should be treated similarly, the proposed injunction reads.

The court is yet to sign off on DISH’s proposals but given the one-way traffic thus far in what has become a busy case generating thousands of pages of documents, a judgment favorable to Easybox seems unlikely.