US-based broadcaster DISH Networks has put a lot of effort into tracking down outfits and individuals who distribute the company’s content without permission.

This has resulted in dozens of lawsuits through which the company won millions of dollars in damages. However, the piracy problem isn’t going away.

Behind the scenes, DISH continues to explore new options to tackle copyright infringement. This includes an entirely novel anti-piracy system where copyrighted content is managed and secured through a blockchain.

The company summarized its idea in a patent application filed two years ago. After going through all the necessary processes, the “anti-piracy management” patent is now officially granted. Right on time, it seems.

The broadcaster notes that “millennials” and the “next generation” are increasingly turning their backs on the traditional bundle service system, opting for less-costly alternatives instead.

“Over the past five years, content piracy has dramatically disrupted the media industry on a global scale and the decentralized nature is increasingly becoming more complex and difficult to manage and monitor,” DISH writes.

These legitimate platforms accept takedown notices and some even offer advanced copyright filters. While that is laudable, for copyright holders it can be a nightmare to police all these sites and work with different systems that all come with unique requirements.

A Unified System That Anyone Can Use

This is the problem DISH hopes to tackle with its own system. Instead of dozens of unique anti-piracy tools, it proposes a unified anti-piracy platform.

“Traditional anti-piracy technologies to the fast-changing and growing decentralized content sharing industry are becoming archaic in containing content piracy. With many different anti-piracy methods, a reformulation is needed that minimizes divergent approaches and unifies participants on a common protocol,” DISH explains.

The newly patented system tackles several problems that exist in current anti-piracy measures. For example, it doesn’t require copyright holders to actively search for pirated content. At the same time, there’s no need for resource-intensive watermarking technologies either.

If ‘copyright-friendly’ sites and services adopt DISH’s anti-piracy platform, all copyright information will be managed and verified on the blockchain, which is scalable and can be used by anyone. 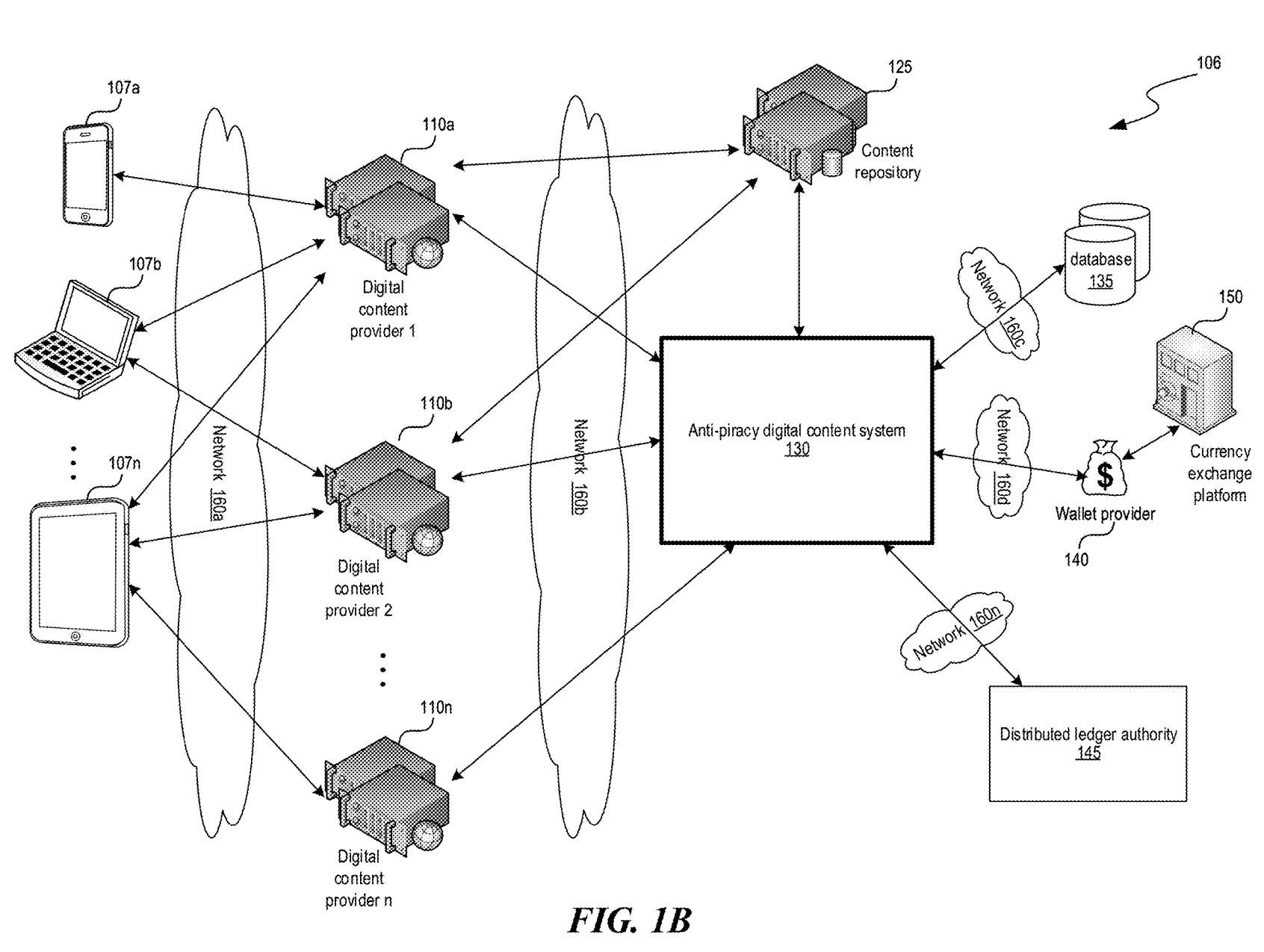 Patent descriptions are far from a complete product, but there are enough details available to get an impression of how one could work. We’ll try to summarize some of the key elements, starting from the copyright holder’s perspective.

When a copyright holder uploads or shares a new file to the anti-piracy system it will generate a new entry in the distributed blockchain ledger. This will link it to the rightful owner in exchange for a small fee.

After that, the system assigns a unique identifier that will be embedded in the file, which is added to the content repository.

If this file is then uploaded to a third-party site that uses the same system, it can check with the ledger to confirm that the uploader has the necessary rights. If so, that will create a separate entry in the ledger but otherwise, access will be blocked.

The system also allows for various roles to be added to the ledger. In addition to the copyright holder, creators or subscribers can be assigned certain rights that match their status. Needless to say, when users try to upload files that are owned by others, they will be blocked from doing so. 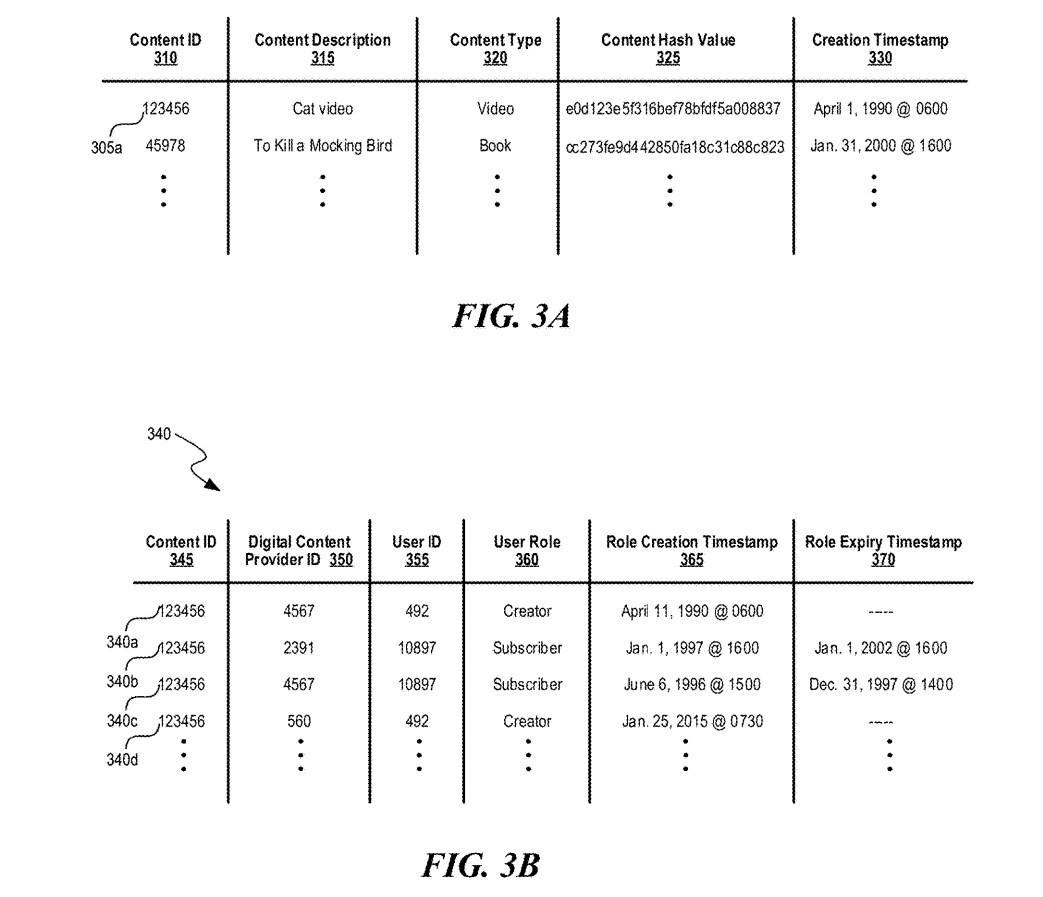 DISH believes that its system fixes shortcomings in the current anti-piracy landscape which is expensive and inefficient.

Simple, Cheap, But Just an Idea

“The facility connects and unifies participants–creators, content owners, distributors and other network participants–across the world and standardizes the anti-piracy protocol. It eliminates the cost of complexity and redefines the traditional boundaries of the anti-piracy industry,” DISH notes.

While this all sounds positive, it’s not clear how this will work in practice. For one, DISH would have to unite many major tech companies and competitors to adopt its system, which will be a challenge.

That aside, one has to wonder about practicality. Would it mean that everyone who uploads something has to pay a fee, even for homebrew cat videos? And what if someone modified a video to create a different signature to evade being blocked?

We have no idea if DISH plans to turn this idea into reality or what that would look like. Several others have come up with blockchain-based copyright management systems in the past but to date, none have taken off.