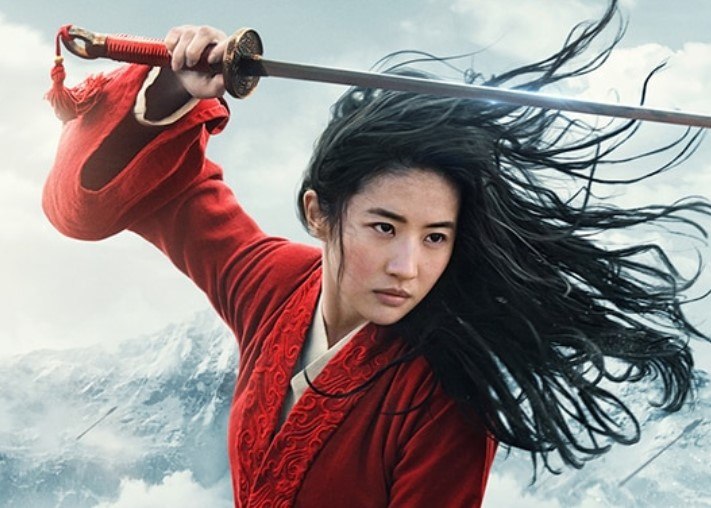 Online movie piracy has plagued Hollywood for roughly two decades now. Despite numerous enforcement efforts, the problem only appears to get worse.

Ten years ago, the threat mostly came from torrent sites which proved to be a hurdle for the impatient or tech illiterates. Today, there are hundreds of streaming sites and apps that rival Netflix, Disney, and other legal platforms.

We can’t say that the movie industry hasn’t changed. Responding to rampant piracy figures, movies have appeared online more swiftly after their theatrical release. During the current pandemic, several prominent titles even premiered online. However, that appears to have had little impact.

The release of Mulan illustrates this perfectly. After several delays, the film skipped the box office in most countries. Instead, it was released on Disney+ where viewers had to pay an extra fee to see it. The exact price differs per region but in the US it’s roughly $30 on top of the regular subscription.

That’s a steep price or a bargain, depending on who you ask. Disney would argue that two box-office tickets plus drinks and popcorn would cost more. And you’ll save on gas too. Then again, compared to the dozens of other titles you can watch on Disney+ for the regular monthly subscription fee, it’s quite expensive.

Without arguing over who’s right or wrong, the online premiere of Mulan had a major side-effect. For days on end, it’s been the most pirated movie, crushing all competition by a wide margin.

Over the past several days, we’ve collected various samples of download figures from public torrent trackers with help from I Know. We don’t like to publish hard numbers as it’s impossible to capture all downloads perfectly. However, it’s clear that Mulan was downloaded millions of times through torrent sites alone.

We have seen many pirated movies appear online over the past decade but seldomly do the download figures stand out like this.

For example, on the first full day that it was online, September 5, Mulan was downloaded 900% more than the second most downloaded film (The Owners). This dominance continued throughout the week when no other movie came close, not even newer releases.

To give an indication, here are the download estimates of the five most-downloaded movies in our sample on September 5. 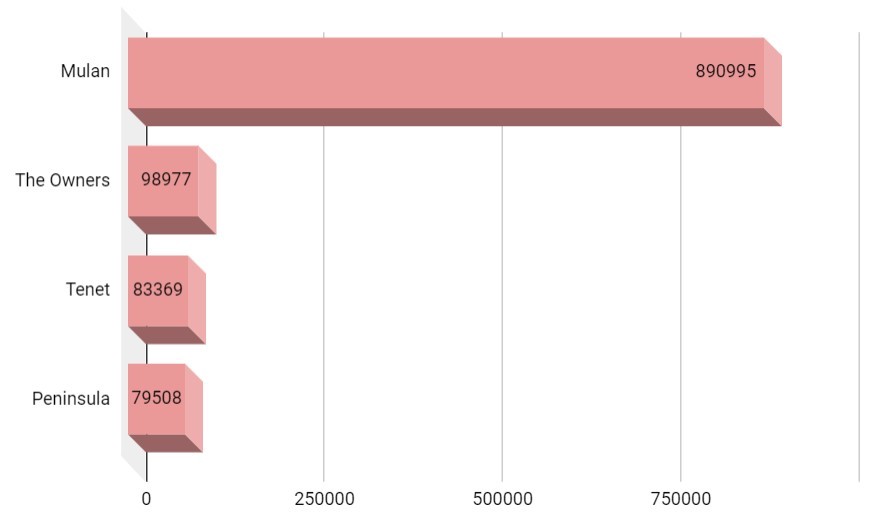 And here’s the same list a week later on September 12, more than a week after the first pirated copies appeared online. The download numbers in our sample dropped significantly but remain higher than the competition, with 300% more downloads than runner-up Ava. 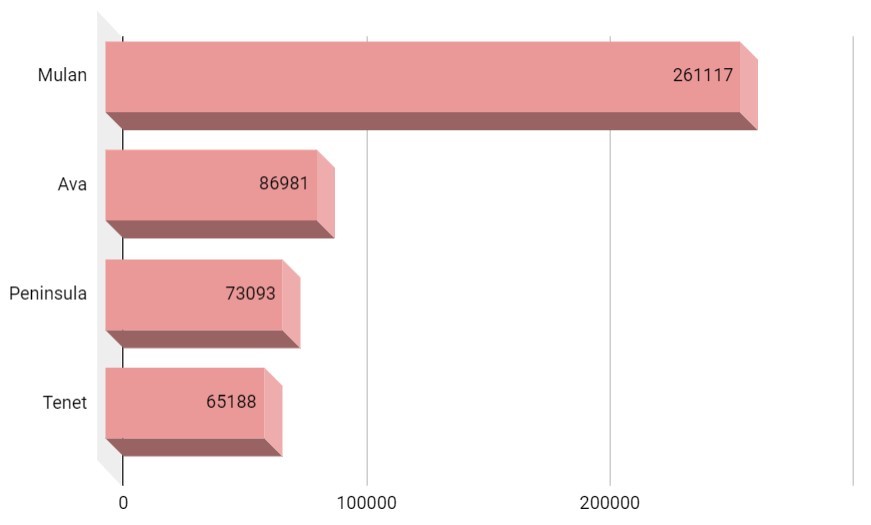 We should stress that these numbers are based on data from public torrent trackers; direct download sites and pirate streaming views are not considered. However, it clearly shows how popular Mulan is.

Another good reference point is a comparison to last year’s hit release from Disney, The Lion King. That was very popular on torrent sites as well but the number of downloads was roughly 50% lower than Mulan on the first day, and also 50% lower the week after.

There are several reasons that contributed to Mulan’s popularity and we’ll discuss a few here.

Various surveys have shown that the most common motivation for pirates is “because it’s free.” This cost factor definitely plays a role in Mulan’s release. The pricing differs from country to country but in the US it’s $29.99, which sits on top of the $6.99 monthly subscription.

Needless to say, this is a bigger hurdle to overcome when compared to regular movies that come out on Netflix or Disney+. The costs are not too far away from those associated with a visit to a movie theater for two people, but that’s where the second argument comes into play.

When a movie usually premieres at the box office there are no high quality pirated copies. If there’s a release it’s usually a ‘camcorded’ version, which we saw with Tenet recently. In this case particularly, pirates prefer to pay for quality.

With Mulan the situation is different. Soon after the movie appeared on Disney+, high quality pirated copies were widely shared. These are direct competitors to, and substitutes for, the official release.

Finally, there are many regions where Mulan is simply not legally available. This means that for some the only option is to wait for several months avoiding all spoilers, or go down the illegal route.

There may be other factors that play a role as well but steep costs, low availability, and high-quality pirate alternatives certainly play a major role.

While it may be tempting to conclude that Disney’s strategy backfired, that conclusion is too easy to reach. Game of Thrones was widely known as the most pirated TV-show for years, but all the buzz surrounding the show also resulted in many new HBO subscriptions.

Disney may hope for the same. The company has a dedicated anti-piracy department and knew what to expect. Perhaps they didn’t anticipate this piracy bonanza, but if it resulted in an equal boost in new subscriptions, they likely won’t complain.