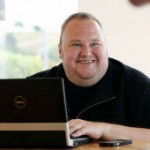 Against what seemed like insurmountable odds following a 2012 armed raid on his impressive home, Kim Dotcom not only recovered with a new file-sharing venture the following year but also began to win the hearts of minds of the general public.

Although his popularity found few borders due to the nature of the Internet, residents of New Zealand welcomed him with unrivaled enthusiasm, particularly during his many media and public appearances. Buoyed by this warm reception, Dotcom set his eyes on shaping the future.

On September 1 2013, Dotcom told TorrentFreak that he was preparing to become the president of a new political party.

“I have created a draft political program and I am in the early stages of meeting potential candidates to join me,” he said.

Just over four months have passed since that first announcement but it’s now clear that the political preparations have been underway for some time. Yesterday the Mega.co.nz founder stepped forward with an eagerly awaited piece of information – his party’s name.

“My new political party won’t be named Mega Party,” said Dotcom, quashing speculation that the party would follow the trend set by his former companies.

“We are the Internet Party,” he revealed. “Here’s our logo for the first time.” 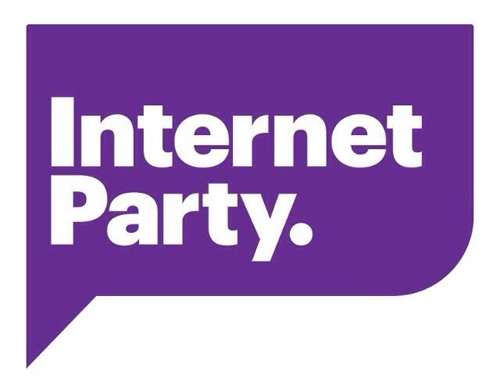 ‘Mega’ speculation aside, the choice of ‘Internet Party’ comes as little surprise given Dotcom’s history and his stated aim of making New Zealand a significant Internet economy player. His mission, to take Kiwis into the technological future, a place that the current government “doesn’t know much about”, is clearly still high on the agenda.

Since he is not a New Zealand citizen Dotcom will not be able to stand for election himself. However, he will overcome that limitation by taking up the role of president when the Internet Party is officially launched on January 20, two years to the day since the authorities descended on his Coatesville mansion.

While Dotcom’s popularity is already at an all time high, he isn’t expecting an easy ride, warning over the weekend that his rivals will be out in force, ready to inflict “low blows and smears” against both him and the party.

“My attackers are worried. They should be. We will get more than 5 percent. My political party will activate non-voters, the youth, the Internet electorate,” he warned.

In the meantime, a spokesman for the Electoral Commission told 3 News that the Internet Party is yet to be officially registered although a domain name already appears to be in the bag.

InternetParty.co.nz was registered last December by Alastair Thompson, a former editor of Scoop.co.nz. The Parliamentary Press Gallery journalist stepped down from his position a few hours ago when the extent of his involvement with the Internet Party was made public. He insists that while he is indeed a consultant, he is yet to be offered an official position.

According to the leaked document (which Thompson is describing as “an early draft of a proposal”) the party is aiming to secure places for three MPs. Knowing Dotcom’s determination and tenacity, one can’t rule that out.