Downloading a Skyrim Mod Pack Can Cost You Your Internet Connection? 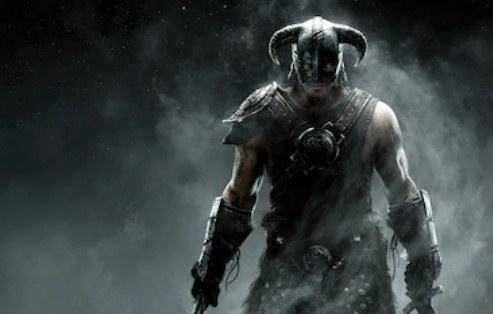 In the United States, Internet providers are required to “adopt and reasonably implement” a repeat infringer policy.

Under this policy, ISPs have to terminate the accounts of repeat infringers “in appropriate circumstances”.

This language has been part of the DMCA for over two decades. Up until a few years ago, it was rare for ISPs to take action but, after several multi-million dollar lawsuits, things have changed.

It makes sense to sanction someone whose connection is structurally flagged for piracy, despite repeated and acknowledged warnings. However, given the vital importance of Internet access in today’s society, it’s probably wise to consider the context.

A few days ago we heard from a Wide Open West (WOW!) subscriber who faces a potential disconnection. WOW is currently being sued for failing to terminate repeat infringers on its network, so it’s no surprise that the company is taking piracy accusations seriously.

WOW’s terms of service also make it quite clear that the company can take action if needed.

Most ISPs include this type of language in their terms. It’s the law, after all. And this is not merely an idle threat.

The subscriber in question, who we’ll refer to as Mark, recently noticed that his Internet connection was offline. After reaching out to WOW! over the phone, the company said that this was triggered by a recent piracy notice.

Mark shared this notice with us for further context. It was sent by Irdeto, on behalf of the game company Zenimax Media, and alleges that Mark’s Internet connection was used to share “The Elder Scrolls V: Skyrim” without permission.

These types of warnings are not new. However, in this case, Mark didn’t download a pirated copy of Skyrim. On the contrary, he owns a perfectly legal copy of the game. So what happened here?

As it turns out, the torrent hash that Irdeto tracked is not for a pirated copy of the game. Instead, it’s a free Skyrim “mod pack” made by YouTuber PredCaliber, which was shared through a torrent file that is still linked in the video’s description.

While mod packs are not without copyright issues, Zenimax is generally quite supportive of user-made enhancements. In fact, it offers a dedicated modding tool called the Creation Engine just for this purpose.

So, would Zenimax want one of its legitimate customers to be sanctioned for downloading a mod pack? We doubt it.

The most likely explanation is that Irdeto mistakenly identified the torrent as a full pirated copy of the game. This is an easy mistake to make when there’s no manual verification, as the download is titled “Skyrim SE 2021.rar.”

This mistake is not without consequence, however, as Mark risks being disconnected permanently. This is a problem, as WOW! is the only “wired” Internet service where he lives.

“We’ve been put on a very slow connection until next week, while we either try to get Irdeto to admit that their automated system made a mistake or transition away from WOW,” Mark tells us, sharing a picture of his current connection speed.

This is a rigorous stance from the ISP. However, for a company that faces potential multi-million dollar claims, it’s understandable in a way. Especially since Mark informed us that he has had other ‘incidents’ in the past.

Also, Irdeto’s notice specifically mentions that the ISP could be liable if it doesn’t take action against repeat infringers. This likely added to the pressure.

That said, it makes little sense to terminate accounts of subscribers when the notices are ‘incorrect’. And in this case, we have a hunch that Zenimax doesn’t really want to crack down on people who share mod packs. After all, it’s Zenimax that offers the tools to create these mods.

In an attempt to clarify the situation, TorrentFreak reached out to both WOW! and Irdeto but neither responded to our request for comment. We also asked Zenimax to respond but at the time of publication we haven’t heard back from them either.

For now, Mark is still connected to the Internet, albeit in the slow lane. He hopes that one of the parties involved will come forward and eventually step in.

Even without a response, Mark is not entirely without options. In theory, he can file a DMCA counter-notice to dispute Zenimax’s claim. However, that opens the door to a lawsuit from Zenimax, if the company is indeed planning to crack down on mods, so that should only be used as a last resort.