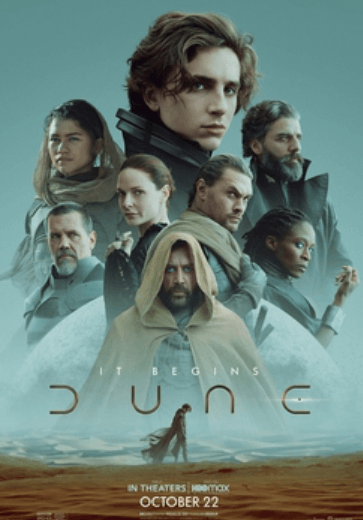 Dune (also known as Dune: Part One) is the first installment of a planned two-part adaption of the 1965 sci-fi book written by Frank Herbert. The movie has been in the planning for years, with filming eventually taking place between March and July 2019.

Dune had its world premiere at the 78th Venice International Film Festival on September 3, 2021, and Warner Bros. released the movie internationally on September 15, which did not include key markets such as the US and UK.

The movie will launch simultaneously in theaters and on HBO Max on October 21, a day earlier than originally planned. However, the controversial decision to have a day-and-date release in the US is already being overshadowed by another type of distribution.

During the early hours of Sunday, the P2P release group known as EVO released a 10.6GB file claiming to be an ‘HDRip’ of Dune. This means that the copy was not obtained from a ‘cammed’ or camcorder copy of the movie shown in theaters but has been ripped from some other source.

Some torrent sites have the release marked up as a WEBRip, which suggests an online streaming source but at the time of writing, EVO has not yet responded to TorrentFreak’s request for comment. From the NFO file released with the movie what we can confirm is that the resolution is a reported 1920×780 and the running time is 2 hours and 30 mins, five minutes less than the 155 minutes listed on IMDb.

Update: A source familiar with the release says the runtime discrepancy is explained by the source of the leak, which is a European VOD/DCP leak with a higher framerate.

As the image above shows, the quality could be better and indeed, some pirates will prefer to wait until October 21 to obtain a copy of the movie ripped from HBO Max. In the meantime, however, that isn’t stopping pirates in their droves from obtaining the release.

From One Copy, Many Others Spawn

After the original 10.6GB release, other EVO branded variants appeared online in smaller file sizes including 4.4GB and around 1.8GB. These easier-to-consume copies are popular with pirates, with tens of thousands getting in on the action in the first few hours alone. As a result, Dune is clearly well on its way to becoming one of the most pirated movies of the year. 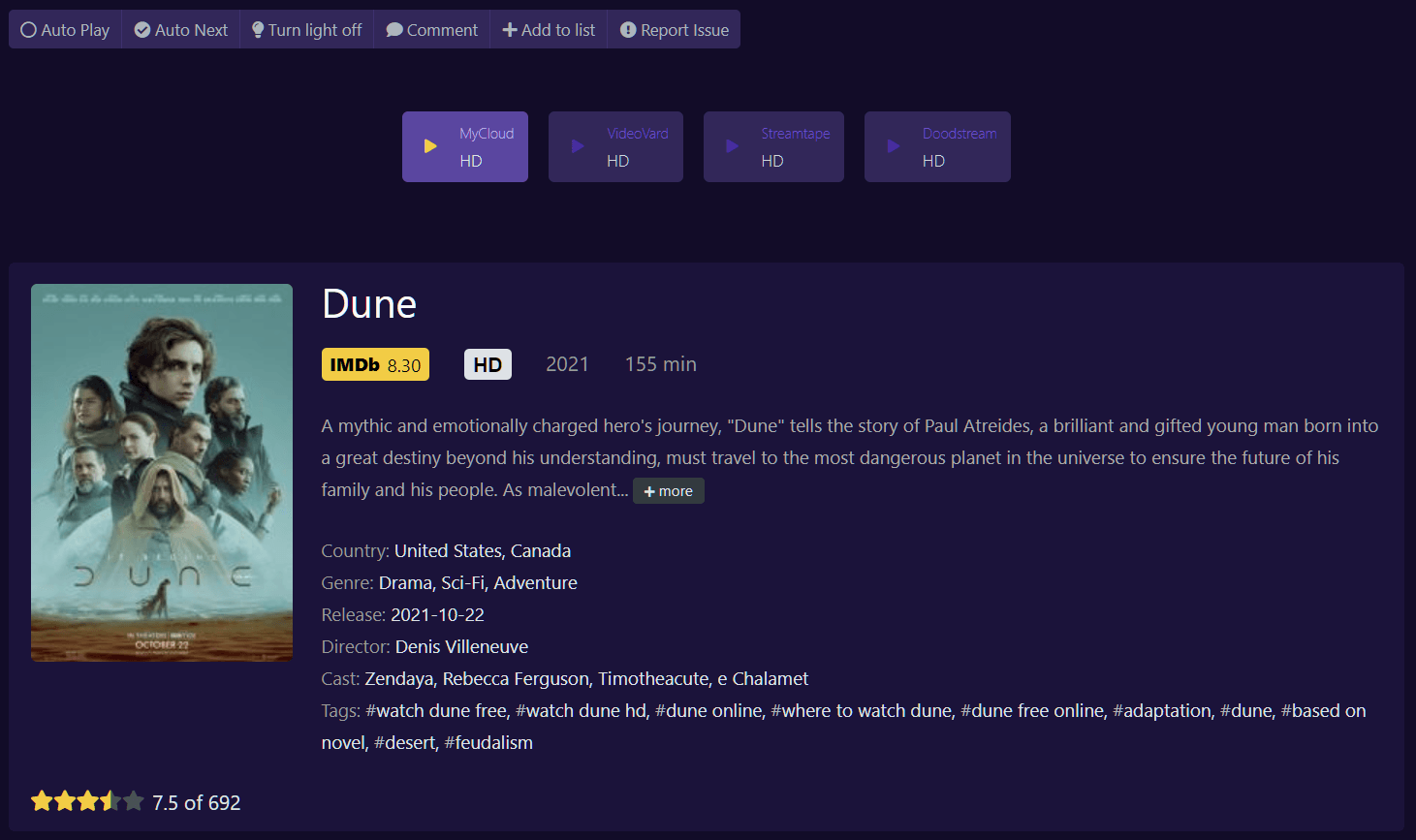 It will take some time to properly assess how many times the film will be grabbed via torrents but it’s less easy to estimate to what lengths the movie will be pirated overall.

Unauthorized streaming sites now account for a huge part of the unofficial market so even if there have been hundreds of thousands of downloads thus far (which seems likely), that figure could be dwarfed in the days to come.

The leaking of Dune by the EVO peer-to-peer group is the latest to make headlines for the shadowy entity. Last month, EVO was also responsible for leaking copies of ‘The Power of the Dog’ and ‘The Guilty’. These Netflix movies were apparently obtained from film festival screeners and published well before their official release dates.

The exact source of the Dune leak is currently unknown but coming just days before its simultaneous release in US theaters and HBO Max will come as a blow to Warner Bros. and indeed director Denis Villeneuve, who has already urged people to watch the movie in theaters, not on the small screen.

“The way it happened, I’m still not happy. Frankly, to watch Dune on a television, the best way I can compare it is to drive a speedboat in your bathtub. For me, it’s ridiculous. It’s a movie that has been made as a tribute to the big-screen experience,” he said recently, commenting on the day-and-date release.

Villeneuve says that the big enemy of the cinema “is the pandemic” but right now, another type of viral distribution could be an even bigger concern.