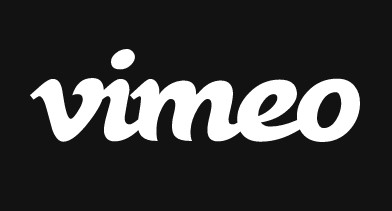 The service has over a quarter billion registered users and monetizes its platform through subscriptions, pay-per-view videos, and advertisements.

Like many other online platforms, Vimeo is predominantly used for legitimate purposes. However, on occasion, its users also upload copyright-infringing content and if these videos are not rapidly removed, it can cause serious problems.

In Italy, these “copyright infringing” uploads resulted in a legal battle with local broadcasting giant Mediaset. Three years ago, this resulted in a win for the rightsholder, with the court ordering Vimeo to pay €8.5 million in damages.

Vimeo was held liable because it failed to take action against infringing TV content uploaded to the platform, roughly 2,000 copyright-infringing videos in this case.

The U.S. streaming platform followed up with a petition to appeal the verdict, but last week a panel chaired by Judge Gianna Maria Zannella confirmed the initial ruling. This means that the damages remain unchanged as well.

According to the Court, Vimeo can’t be seen as a passive intermediary. The platform has an “active role” that’s “comparable to a video on demand service” because “the audiovisual contents are precisely cataloged, indexed and linked with each other,” in order to create value for users.

The Court cites jurisprudence from the EU Court of Justice and states that Vimeo can’t always benefit from safe harbor exemptions. The ruling is also in line with an Italian Supreme Court ruling, which concluded that Yahoo can be seen as an “active host” under certain conditions.

As a result of the ruling, Vimeo will have to be extra vigilant when it comes to potentially infringing content. The Court previously highlighted that fingerprinting tools and other upload filters might help to prevent further trouble.

Speaking with TorrentFreak, Enzo Mazza, CEO of the Italian Federation of the Music Industry, welcomes the outcome as it helps to define the active role of video-sharing platforms.

“Although there is no obligation to monitor and check in advance the content posted by users, those who ‘actively host’ must remove such content or disable access, whenever they are aware of the illegal content of transmissions,” Mazza says.

The recording industry in Italy is also involved in a separate lawsuit against Vimeo and it hopes to secure a similar verdict.

“Vimeo has fallen short of its obligation as an online content sharing service to take effective steps to prevent unlicensed music from being made available on its site. Significant amounts of unlicensed music are being uploaded and reuploaded to its service,” Mazza says.

All in all, the Court of Appeal ruling will further strengthen the position of copyright holders. It adds to earlier wins, including a recent decision against Cloudflare, which was ordered to make pirate sites unavailable through its 1.1.1.1 DNS resolver.