There is little doubt that for many people, streaming services have become the standard for watching movies and TV-shows.

Subscription-based streaming services such as Netflix and Disney+ even converted some hardcore pirates, as they were seen as more convenient alternatives.

There is a problem though. The whole appeal of the streaming model becomes diluted when there are too many ‘Netflixes.’ Paying for a handful of streaming subscriptions and navigating from service to service for an evening of entertainment is not the best experience.

Research has shown that the fragmented streaming landscape keeps piracy relevant, instead of making it disappear.

A few hours ago Elon Musk added his two cents on the streaming service jungle. In true Musk fashion, the richest man on the planet uses the “distracted boyfriend” meme to illustrate his point.

“Entertainment is becoming a username/password/2FA nightmare,” he tweeted a few hours ago. 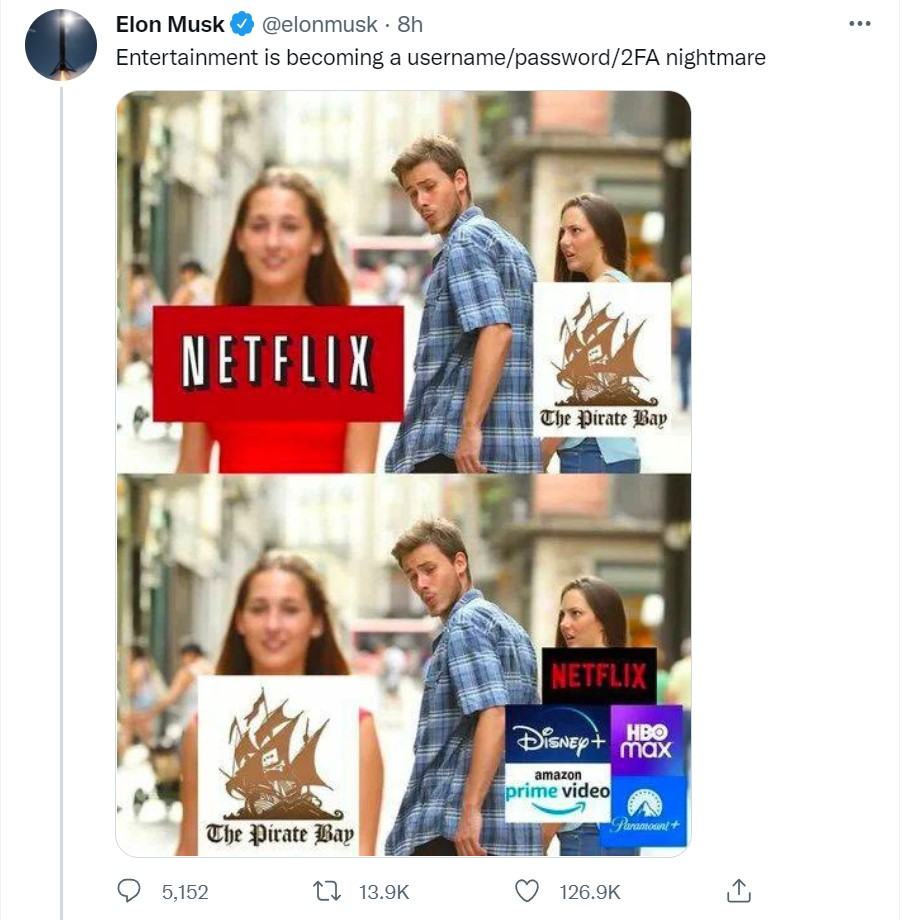 The tweet doesn’t come with any further context but it’s clear that the CEO of Tesla and SpaceX is not entirely happy with the paid streaming ecosystem in its current form. Whether he uses The Pirate Bay himself is another question though.

Paying the subscription fees shouldn’t be a problem for the eccentric billionaire. In theory, he could just be annoyed by the fact that he has to remember multiple usernames and passwords. Or he’s just trolling.

Whatever the reasoning is, many pirates will feel emboldened by the support. Some have started to tweet other memes, hoping that Musk will pick these up as well.

And indeed, shortly after posting his original message, Musk liked another tweet by Antonio Lievano who posted another streaming/piracy theme. 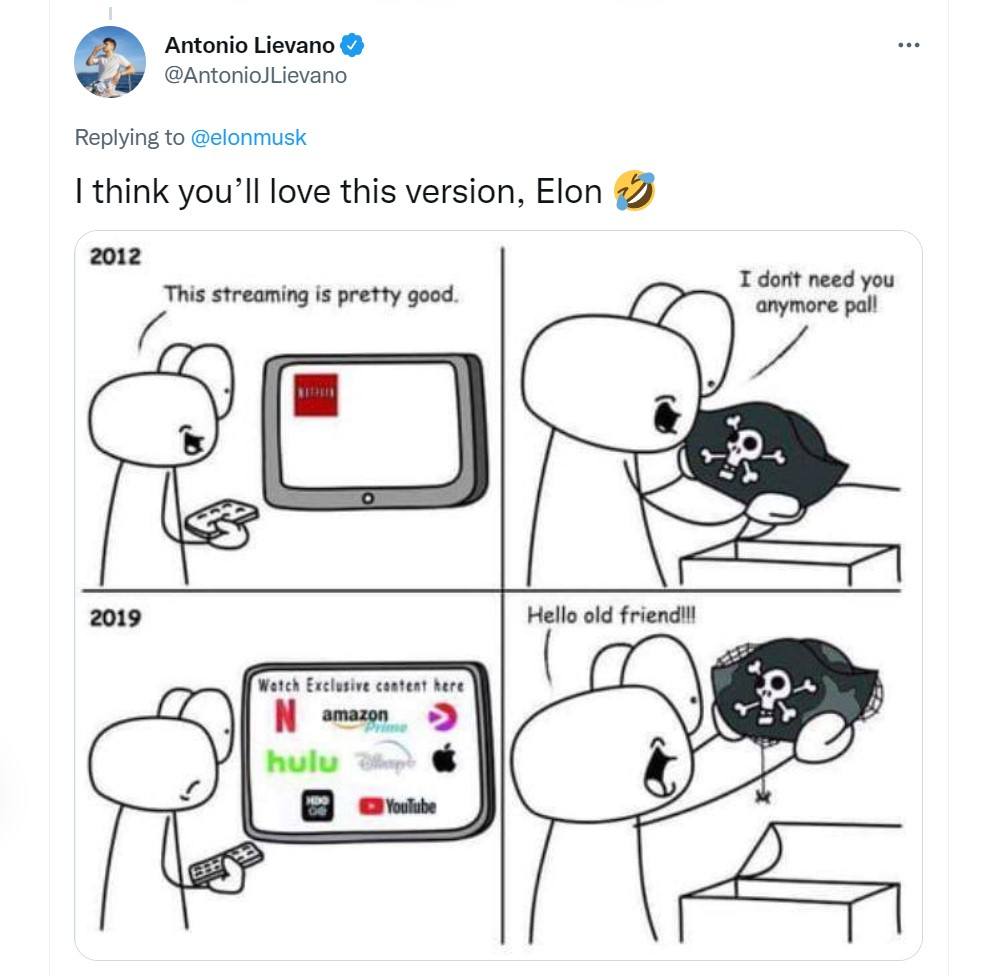 Whether Musk’s cryptic criticism will have any impact on the streaming platforms themselves is highly unlikely though.

In an ideal world people would like to have access to all content from a single and affordable streaming platform but at the moment that seems like a pipe dream. For now, only pirate sites can offer that luxury, albeit illegally.