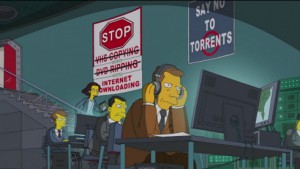 Any company in the security game can be expected to play up threats among its customer base in order to get sales.

Sellers of CCTV equipment, for example, would have us believe that criminals don’t want to be photographed and will often go elsewhere in the face of that. Car alarm companies warn us that since X thousand cars are stolen every minute, an expensive Immobilizer is an anti-theft must.

Of course, they’re absolutely right to point these things out. People want to know about these offline risks since they affect our quality of life. The same can be said of those that occur in the online world too.

We ARE all at risk of horrible malware that will trash our computers and steal our banking information so we should all be running adequate protection. That being said, how many times do our anti-virus programs actually trap a piece of nasty-ware in a year? Once? Twice? Ten times? Almost never?

The truth is we all need to be informed but it should be done in a measured way. That’s why an article just published by security firm ESET on the subject of torrents strikes a couple of bad chords, particularly with people who like torrents. It’s titled “Why you should view torrents as a threat” and predictably proceeds to outline why.

“Despite their popularity among users, torrents are very risky ‘business’,” it begins.

“Apart from the obvious legal trouble you could face for violating the copyright of musicians, filmmakers or software developers, there are security issues linked to downloading them that could put you or your computer in the crosshairs of the black hats.”

Aside from the use of the phrase “very risky” (‘some risk’ is a better description), there’s probably very little to complain about in this opening shot. However, things soon go downhill.

“Merely downloading the newest version of BitTorrent clients – software necessary for any user who wants to download or seed files from this ‘ecosystem’ – could infect your machine and irreversibly damage your files,” ESET writes.

Following that scary statement, some readers will have already vowed never to use a torrent again and moved on without reading any more, but the details are really important.

To support its claim, ESET points to two incidents in 2016 (which to its great credit the company actually discovered) which involved the Transmission torrent client. Both involved deliberate third-party infection and in the latter hackers attacked Transmission’s servers and embedded malware in its OSX client before distribution to the public.

No doubt these were both miserable incidents (to which the Transmission team quickly responded) but to characterize this as a torrent client problem seems somewhat unfair.

People intent on spreading viruses and malware do not discriminate and will happily infect ANY piece of computer software they can. Sadly, many non-technical people reading the ESET post won’t read beyond the claim that installing torrent clients can “infect your machine and irreversibly damage your files.”

That’s a huge disservice to the hundreds of millions of torrent client installations that have taken place over a decade and a half and were absolutely trouble free. On a similar basis, we could argue that installing Windows is the main initial problem for people getting viruses from the Internet. It’s true but it’s also not the full picture.

Finally, the piece goes on to detail other incidents over the years where torrents have been found to contain malware. The several cases highlighted by ESET are both real and pretty unpleasant for victims but the important thing to note here is torrent users are no different to any other online user, no matter how they use the Internet.

People who download files from the Internet, from ALL untrusted sources, are putting themselves at risk of getting a virus or other malware. Whether that content is obtained from a website or a P2P network, the risks are ever-present and only a foolish person would do so without decent security software (such as ESET’s) protecting them.

The take home point here is to be aware of security risks and put them into perspective. It’s hard to put a percentage on these things but of the hundreds of millions of torrent and torrent client downloads that have taken place since their inception 15 years ago, the overwhelming majority have been absolutely fine.

Security situations do arise and we need to be aware of them, but presenting things in a way that spreads unnecessary concern in a particular sector isn’t necessary to sell products.

The AV-TEST Institute registers around 390,000 new malicious programs every day that don’t involve torrents, plenty for any anti-virus firm to deal with.

“We updated the article to acknowledge the many legitimate uses of the torrent technology as well as provide our telemetry data to show how frequently black-hats try to misuse the P2P ecosystem to spread their malicious products. This blogpost didn’t intend to denounce the technology as such.”