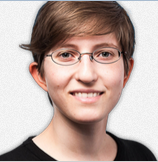 After complaining about “rogue” sites and services for more than 15 years, the music business is now concentrating on the so-called “value gap”.

The theory is that platforms like YouTube are able to avoid paying expensive licensing fees for music by exploiting the safe harbor protections of the DMCA and similar legislation. Effectively, pirate music uploaded by site users becomes available to the public at no cost to the platform and due to safe harbor rules, there is no legal recourse for the labels.

To close this loophole, the EU is currently moving forward with reforms that could limit the protections currently enjoyed by platforms like YouTube. In short, sites that allow users to upload content will be forced to partner up with content providers to aggressively filter all user uploads for infringing content, thus limiting the number of infringing works eventually communicated to the public.

Even as they stand the proposals are being heavily protested (1,2,3) but according to Member of the European Parliament Julia Reda, a new threat has appeared on the horizon.

Ahead of a crucial June 8 vote on how to move forward, Reda says that some in the corridors of power are now “resorting to dirty tactics” to defend and extend the already “disastrous plans” by any means.

Reda says that in the face of other MEPs’ efforts to come up with a compromise text upon which all of them are agreed, Arimont has been encouraging some MEPs to rebel against their negotiators. He wants them to support his own super-aggressive “alternative compromise” text that shows disregard for the Charter of Fundamental Rights and principles of EU law.

Arimont’s text is certainly an interesting read and a document that could have been formulated by the record labels themselves. It tightens just about every aspect of the text proposed by the Commission while running all over the compromise text put together by Reda and other MEPs.

For example, where others are agreed on the phrase “Where information society
service providers store and provide access to the public to copyright protected works or other subject-matter uploaded by their users”, Arimont’s text removes the key word “store”.

This means that his filtering demands go beyond sites like YouTube that actually host content, to encompass those that merely carry links. It doesn’t take much imagination to see the potential for chaos there.

Also, where the Commission is happy with the proposed rules only affecting sites that store and provide access to “large amounts” of copyright protected works uploaded by users, Arimont wants the “store” part removed and “large” changed to “significant”.

“[Arimont] doesn’t want [filtering rules] to just apply to services hosting ‘large amounts’ of copyrighted content, as proposed by the Commission, but to any service facilitating the availability of such content, even if the service is not actually hosting anything at all,” Reda explains.

The text also ignores proposals by MEPs that anti-piracy measures to be taken by platforms should be proportionate to their profit and size. That being said, Arimont does accept that start-ups would probably face “insurmountable financial obstacles” if required to deploy filtering technologies, so he proposes they should be exempt.

While that sounds reasonable, any business that’s over five years old would need to comply and Reda warns that the threshold could be set particularly low.

“So if you’ve been self-employed for more than 5 years, rules the Commission wrote with the likes of YouTube and Facebook in mind would suddenly also apply to your personal website,” she warns.

But Arimont’s proposal goes further still and has the potential to have privacy advocates up in arms.

In order to check that all user uploaded content is non-infringing, platforms would necessarily be required to check every single piece of data uploaded by users. This raises considerable privacy concerns and potential conflicts with EU law, for instance with Article 15 of the E-Commerce Directive, which prohibits general monitoring obligations for service providers.

Indeed, during the Netlog filtering case that went before the EU Court of Justice (CJEU) in 2012, the Court held that requiring an online platform to install broad piracy filters is incompatible with EU law.

“The use of technical measures is essential for the functioning of online licensing and rights management purposes. Such technical measures therefore do not require the identity of uploaders and hence do not pose any risk for privacy of individual end users,” his proposal reads.

“Furthermore, those technical measures involve a highly targeted technical cooperation of rightholders and information society service providers based on the data provided by rightholders, and therefore do not lead to general obligation to monitor and find facts about the content.”

But what should really raise alarm bells for user-uploaded content platforms is how Arimont proposes to strip them of their safe harbor protections, if they optimize the presentation of that content to users. That, as Reda points out, could be something as benign as listing content in alphabetical order.

Julia Reda’s article has some information at the end for those who want to protest Arimont’s proposals (pdf).