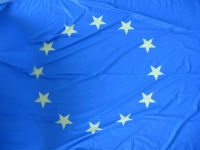 For several years music rights group SABAM and the social networking site Netlog have battled in court. To protect the rights of its members, SABAM demanded that Netlog should install a tool that would scan all files uploaded by its users for copyright infringement.

Today the European Court of Justice delivered its ruling, concluding that the social network can’t be forced to install an anti-piracy filter.

“This obligation would be contrary to the requirement that a proper balance is ensured between the protection of copyright and the freedom of entrepreneurship, the right to privacy freedom, and the freedom to obtain knowledge and information,” the Court announced.

The Court noted that the privacy of users is more important than protecting copyright. In addition, it fears that a filter would result in censorship of legitimate content, thereby obstructing freedom of information.

“[The filter] could potentially undermine freedom of information, since that system might not distinguish adequately between unlawful content and lawful content, with the result that its introduction could lead to the blocking of lawful communications,” the Court writes.

The unprecedented decision may have major implications for all services in Europe that host user uploaded content, not least among cyberlockers such as RapidShare. Also, the verdict would prevent copyright holders ordering BitTorrent sites to filter uploaded files, something that isoHunt already does based on a US injunction.

“I think this would apply to general file-hosting services, just as it has also done to conventional ISP services,” Mark Owen, head of the intellectual property practice at the London law firm Harbottle & Lewis told TorrentFreak. “A rightsholder may be able to get an injunction provided it is drafted narrowly enough. The ruling is against injunctions which it thinks are too wide, such that they are tantamount to a general duty to monitor.”

Rick Falkvinge, founder of the first Pirate Party in Sweden, is happy that the EU Court of Justice has placed the rights of people above those of corporations.

“I think it is quite remarkable, and very promising, that Europe’s highest court says outright that the copyright monopoly and people’s right to privacy of correspondence cannot be protected at the same time – and most importantly, that the latter has unequivocal precedence,” Rick Falkvinge told TorrentFreak.

The entertainment industry on the other hand, will be greatly disappointed, as they are pushing hard for online services to take greater responsibility when it comes to copyright infringement.

Today’s ruling follows a similar European Court of Justice ruling last November which concluded that Belgian Internet provider Scarlet could not be forced to monitor subscriber traffic to detect piracy because that would violate the fundamental rights of both the ISP and its subscribers.