While most people behind unlicensed IPTV services prefer to sit in the shadows, popular YouTube celebrity OMI IN A HELLCAT took an entirely different approach.

Real name Omar Carrasquillo, OMI flaunted massive wealth in his videos, many featuring his beautiful houses, huge supercar collection, not to mention masses of jewelry. Last month, however, OMI revealed that a combination of his position as founder of IPTV service Gears Reloaded, an unpaid tax bill, and allegations of money laundering, had led to an unwelcome visit from the FBI “who took pretty much everything.”

Right from the very beginning, a small number of vocal individuals took to YouTube and social media platforms declaring that the whole thing was either a giant publicity stunt or an elaborate scam designed to fool the masses. However, around a week after the news was first reported, a reporter from local TV outlet Fox 29 appeared on air with some of OMI’s neighbors who witnessed the whole thing.

Despite there being no obvious reason why OMI would immerse himself in a month-long multi-level lie laid out in many more videos published since the authorities came in November, he says he’s still under pressure to show that he isn’t lying about the whole thing. That resulted in a new statement over the weekend where he attempted, once again, to provide irrefutable evidence.

“I don’t let things bother me, I’m not that kind of person to listen to outside noise. But the one thing that does bother me is that my life is in jeopardy and there are a lot of people who believe that this shit is fake,” OMI said.

“Like I don’t get it, I don’t understand it. There are so many people affected by this: 30 employees, good families – people who right now aren’t going to have Christmas.”

OMI says he believes the FBI is sitting back and laughing at his YouTube videos. He says they want people to believe that what happened is fake and they don’t want the attention. According to him, however, there will be plenty of attention very soon due to an upcoming high-profile interview. In the meantime, he’s been providing more detail on what happened last month.

“My friends…we all got hit simultaneously. I got hit in this house [Philadelphia], my kids’ mom got hit in the house in Swedesboro where they took all my cars. Here, they took my Mercedes, my Bentley, my work van. They took the Dodge Caravan [used by OMI’s video guy],” OMI explains.

“They went to one of my friend’s house a few blocks away from the house I’m currently living in. I sold him a Jeep Trackhawk a while ago and we never transferred it to his name and they took that from their house.”

According to OMI’s statement, the impact of what happened stretches far beyond him. The FBI allegedly took another friend’s car and then had to give it back. OMI says his nephew, who worked for him in construction, also had his car seized and all of his money and savings. But that wasn’t the end.

“They hit my friend Wolfie in Los Angeles. They hit some of the houses in Philly trying to look for servers and all this other stuff,” he added.

OMI’s long video statement (linked below) also contains CCTV footage that OMI says was given to him by his neighbors which apparently shows the FBI arriving at one of the addresses in several SUVs, cars, and pickup trucks. Shouts of “FBI, police,” can be heard after officers approached an address (identified as 3412 N Hope St, Philadelphia) after blocking a nearby street with their vehicles. 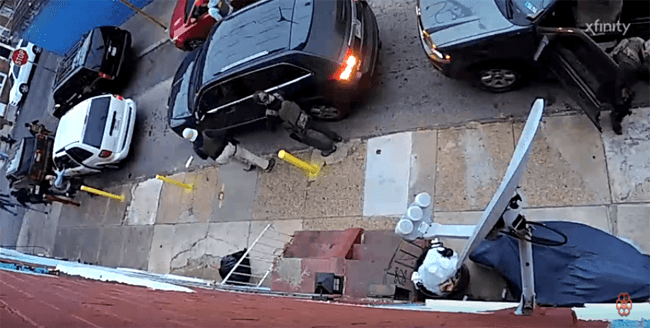 OMI says the show of force was extreme, with around 60 FBI agents and police officers targeting the address detailed above. The commotion in the street was recorded by at least one witness who uploaded the footage to the Internet and later shown briefly on OMI’s channel. Around 30 officers and agents raided OMI’s property in Philadelphia, which according to him was a terrifying experience.

“Can you imagine looking out this door, watching this whole driveway full of cars, and all these agents right here with their guns drawn?” he asks.

In his video, a clearly exasperated OMI explains that he feels the need to prove this isn’t an elaborate scam. However, since he hasn’t actually been charged with anything yet, he doesn’t want to release his case number in public. That being said, he believes the authorities’ strategy is to take everything he has so that he can’t afford to defend himself and ensure that he doesn’t run away. He will not do that, he insists.

Included in a five-page Department of Justice receipt detailing the many cars, pieces of jewelry, electronic and other sundry items seized, appears two items described as “lists of channels and email accounts” plus bank account information under the name “Bill Castillo” linked to “streaming video”. 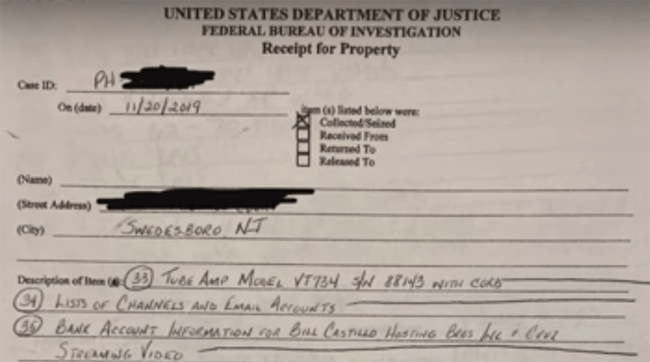 “And everyone’s like ‘But what did they do? He was committing fraud’. I never committed fraud a day in my damn life. This is for not paying taxes on a service. A service, not a Ponzi scheme, none of that shit. On a service.”

Interestingly, OMI claims that the FBI told him not to talk about the case in public but he refused to agree to that. But keeping things quiet wouldn’t be possible, not least since someone on Instagram posted a video of a convoy of his vehicles being taken away on trucks, including a Lamborghini that OMI previously had wrapped in very distinctive Power Ranger graphics.

Finally, in addition to all of the physical items that were seized, the FBI was looking for OMI’s money. He doesn’t reveal exactly how much was taken but he did show a screenshot from just one of his accounts that shows that on the day of the raid, more than $5.2m was removed, a transaction that left him in the red. 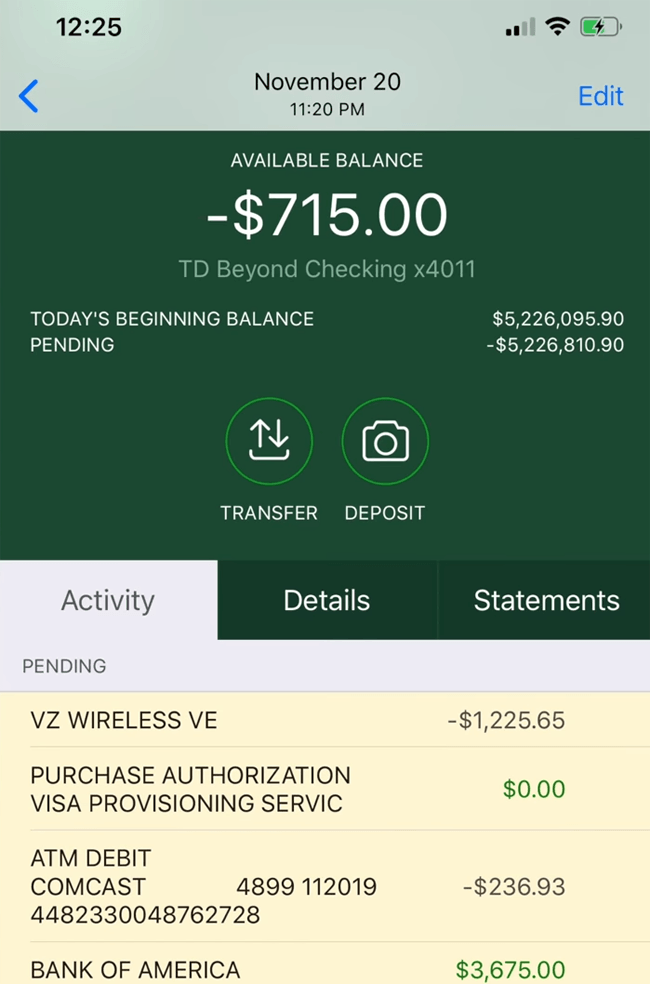 A second account, the details of which weren’t revealed, was also the subject of a seizure according to OMI. The ‘transaction’ reportedly left him $126,000 “in the negative”.

While all of the items presented in evidence can still be disputed, it seems unthinkable that OMI would destroy the most valuable thing he has left – the trust of his still-loyal fanbase. The authorities still refuse to confirm or deny any action against the YouTuber but at some point, they will probably have to go on the record, one way or another.

The entire 24-minute video can be viewed here