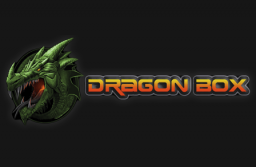 Streaming set-top boxes have been selling like hot cakes over the past several years.

While these devices can be used to consume content legally, the entertainment industry also sees them as a potential threat.

For many copyright holders, the threat is viewed as a top enforcement priority, one that has already led to several arrests and lawsuits. Dragon Box is one of the devices that got into legal trouble recently.

Dragon Media and two of its resellers in Hawaii were added to a lawsuit by the rightsholders of the films “Mechanic: Resurrection” (ME2) and “Once Upon a Time in Venice.” This case started out as a ‘classic’ BitTorrent piracy case but switched focus to the streaming box.

The complaint describes how the Dragon Box can be used to access copyrighted material, including the works of ME2 and Venice. The defendants were well aware of this, it argues, adding that the defendants promoted the box with terms hinting at infringing uses.

Dragon Box and its owner Paul Christoforo, as well as the resellers Naino Bettencourt and Jason Barnhart, who run “The Dragon Box Hawaii” and “JB Dragon Box-Hawaii Kai” respectively, all stood accused of contributory copyright infringement.

While copyright infringement cases can drag on for years, this lawsuit was resolved rather swiftly.

Yesterday, ME2 and Venice dismissed their claims against Dragon Media and its owner Paul Christoforo. The dismissal follows a settlement agreement by the parties involved, the terms of which have not been publicly released.

The two resellers also resolved their dispute with the filmmakers. Both Naino Bettencourt and Jason Barnhart reached a settlement and signed a consent judgment. The latter includes an injunction, preventing both from infringing any of ME2 and Venice’s works going forward.

Since the settlement agreements have not been published, we don’t know whether any compensation was paid. The injunction issued against defendant Barnhart does suggest, however, that the Dragon Boxes he sells will be ‘modified.’

While this matter is now resolved, the trouble for Dragon Box is not over yet. After all, this isn’t the first lawsuit the company and its owner have been dragged into this year.

The company was previously sued by the Alliance for Creativity and Entertainment (ACE), which represents several Hollywood studios, Netflix, and Amazon. That case is still ongoing.

The stipulation for dismissal against Dragon Media and Paul Christoforo is available here (pdf). And here are the consent judgments of Naino Bettencourt (pdf) and Jason Barnhart (pdf).