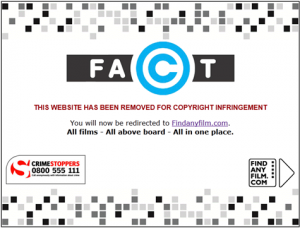 A typical case featured here on TorrentFreak will usually feature companies, anti-piracy groups, site operators and/or members of the public fighting it out in the legal arena due to someone allegedly infringing someone else’s intellectual property rights.

Sky TV and anti-piracy group FACT have featured on a number of occasions, as they target IPTV providers, Kodi box sellers, or others involved in facilitating access to infringing content. However, the pair also target licensed premises – mostly pubs – which are regularly accused of showing Sky’s content without an appropriate license.

These cases are not our usual beat but one in particular is worth highlighting since it shows how far these companies are prepared to go and what infringers should expect to be confronted with when they pull out the stops.

To be clear, this is illegal and plenty of landlords have found themselves on the end of legal action and court appearances following Sky and FACT investigations. One of those is Middlesbrough pub landlady Catherine Beadnall, who should’ve been paying £820 per month to Sky but instead used a Virgin Media residential package at a fraction of that.

Back in June the 61-year-old, who runs the Park End pub in Middlesbrough, admitted in court that she’d screened Premier League matches without a commercial Sky license. One of those matches was Middlesbrough’s home game against Sunderland last November. There were nine customers in the pub at the time. Other match screenings had between six and nine people in attendance.

After ignoring warnings from FACT advising her to obtain a license, Beadnall was eventually fined £320 and ordered to pay costs of £210 after admitting four counts of dishonestly receiving matches with intent to avoid payment, Gazette Live reports.

Since Beadnall was given every chance to correct her behavior in advance, the fine and costs were to be expected. However, it transpired last week that FACT was not happy with the punishment handed down by the court and wanted even more aggressive action taken against Beadnall.

In view of the fact that the landlady had been given a conditional discharge for a similar offense in 2009, FACT wrote to local authorities demanding that they take further action. According to an application sent by the anti-piracy outfit, FACT demanded that the pub, which Beadnall had managed for almost 16 years, have its license revoked.

Of course, having no license would be a death sentence for the pub, one that would not only affect management and staff but would also prove damaging to the communities built around it. It was a dramatic request with the potential to negatively transform the lives of dozens of families.

Fortunately, according to a document published recently by Middlesbrough Council Licensing Sub Committee, it appears that almost three weeks later, FACT scaled down its demands, but not by much.

“On 21 August 2018 further correspondence was received from FACT which stated that having given the matter further consideration they would consider that the removal of Catherine Beadnall from the premises as being a satisfactory outcome for FACT,” the document reads.

“[To] facilitate this they would consider a suitable resolution to be the canceling of Catherine Beadnall’s lease by the Premises Licence holder and an undertaking that they would not issue a new lease to her or her family members.”

Given the detail above, it’s clear that Beadnall acted irresponsibly given her previous conviction. There’s also no doubt that she should’ve heeded the warnings of FACT and either bought an official subscription or stopped airing matches altogether. She foolishly did not, and for that error of judgment she went to court and had to pay a fine determined by local magistrates, as per the law.

The problem here, however, is the apparent determination of a disappointed FACT to either shut down an entire pub or, alternatively, deprive Beadnall of her livelihood and presumably her main source of income. At 61-years-old, Beadnall probably doesn’t have that many options open to her, particularly after managing the pub in question for almost 16 years.

“I’ve been to court for it [but because] I only got a £500 fine they [want] the pub shutting down they saying its criminal,” Beadnall wrote on her Facebook page recently, a post that drew support from her friends and customers.

“That’s disgusting. They are trying to victimize you by trying to get you out of the premises! That is totally unjust given the ‘offense’ you committed for God’s sake!” one wrote.

“So you played a few unlicensed football games, got caught and paid a fine! That’s no reason for them to try and now attempt to take away your livelihood. Bunch of Arseholes!”

Another commenter noted the social importance of the pub and its positive effects on the area.

“It’s the last pub standing in the area we grew up in,” a customer called Tracy added. “Good luck Cath it’s not just a boozer it actually does events for kids in the community at affordable prices for low income parents.”

“They wanna look at the good things you do for our community,” added another.

“There’s no way on this earth that any of us will stand by and let them take the pub, your livelihood away from you without a fight.”

With words like “victimization” and “bullying” regularly appearing in Facebook responses, other commenters criticized Sky for their sky-high prices, noting that people in the council estates nearby don’t have that kind of disposable income.

While that may be the case, the law is the law and Beadnall could’ve avoided this wretched attempt on her pub, livelihood, career, and customers if only she’d heeded the warnings. That being said, one would think that the people filing this application would’ve seen fit to put this matter into perspective.

Ruining lives is never going to be a great advertisement for your product or your way of doing business. To Joe Public it looks bad – really bad – and is a great way to further cultivate the them-versus-us culture that’s attached to the wickedly high prices charged by Sky which have to be charged to fund the billions demanded by the Premier League.

On the other hand, taking down an offender in such a dramatic way could prove a great deterrent to others considering a similar course of action. There’s no doubt that figured into the equation.

Last week, following a council hearing in Middlesbrough, FACT and Sky’s plan probably achieved both. Catherine Beadnall was stripped of her license and her career was brought to an end.

According to a report from Gazette Live, FACT dug up every possible piece of negative information they could in order to achieve their aims, including mentioning that Beadnall was fined in 2007 for not having fully-functioning CCTV at the pub and that in 2013 “someone” discharged a shotgun outside.

The anti-piracy outfit also mentioned that someone had been stabbed at the pub. However, during the meeting, it transpired that it was Beadnall’s own son who had been attacked when trying to remove a man from the premises.

The belief all along was that FACT only targeted Beadnall’s livelihood because the earlier court fine wasn’t as heavy as they’d hoped. Statements at the meeting seemed to support that.

When Andrew Cochrane of Stars Pubs and Bars, which owns the pub, asked FACT representative Stephen Gerrard if they’d called for a review due to being “aggrieved” by the relatively small fine handed down in earlier in the year, the response was positive.

“I was disappointed yes,” Gerrard said, adding: “I don’t consider it to be a deterrent.”

But despite two local councilors speaking in support of Beadnell, it wasn’t enough. The landlady and her entire family were banned from managing or being employed at the pub. The pub itself had its license suspended for three months.

While Beadnall really should’ve acted more responsibly, the six to nine people present during the match screenings at her pub doesn’t seem like a reasonable fit for the termination of her career and the suspension of the entire pub’s license. Nevertheless, it appears the authorities think otherwise.

Fortunately, however, Beadnall is trying to look on the bright side, noting that this Christmas, for the first time in 15 years, she’ll be able to cook her family a dinner at home. It seems unlikely that Sky TV will accompany the mince pies and coffee.