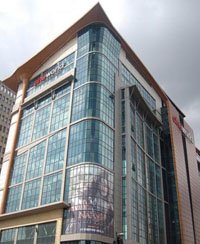 When it comes to “first ever” convictions, prosecutors in Scotland are certainly racking up the points this year.

In May we reported that Anne Muir, a 58-year-old woman from Ayr, had pleaded guilty to criminal file-sharing offences. She received three years probation.

While Muir’s case was brought following investigations by the BPI and IFPI, this latest case is the work of FACT, the Hollywood-backed Federation Against Copyright Theft.

From their monitoring of the Internet, FACT were able to trace ‘cam’ copies of movies including Big Bang, Four Lions, Iron Man 2, Kick Ass and Nanny McPhee back to Scotland. Hidden watermarks in the recordings led them directly to the Cineworld cinema in Renfrew Street, Glasgow.

In order to build their case, FACT were given access to a database of Cineworld customers who pay a set fee to watch unlimited movies each month. They found that now 25-year-old Christopher Clarke from Glasgow had watched them all.

In May last year a pre-Cannes Film Festival screening of Robin Hood was arranged for Cineworld, a golden opportunity for someone looking to get an early copy of the movie. Clarke took the bait and FACT were waiting for him.

Alerted by FACT, the police stopped Clarke as he left the cinema. They found a mobile phone hidden in a cloth enclosure, fashioned to hide the device and keep it still during recording. It contained a copy of Robin Hood. A subsequent search of Clarke’s flat revealed recordings of other films on his computer.

As we’ve learned from other cases in Britain, making a recording of a movie in a cinema isn’t necessarily illegal. However, Clarke admitted to using his girlfriend’s Internet connection to upload the movies to an unnamed “pay website”, an action which rendered his camming a criminal act.

Clarke pleaded guilty to a charge under the Copyright, Designs and Patents Act 1988 and was sentenced at Glasgow Sheriff Court to 160 hours of community service.

“Following the intelligence development by FACT, there was excellent co-operation from Cineworld, Strathclyde Police and the procurator fiscal to ensure that Christopher Clarke was brought to justice,” said FACT Director General Kieron Sharp.

“This individual was responsible for the recording of five films and their subsequent uploading to the internet for downloading or streaming by millions of people worldwide.”

This first-of-its-kind conviction in Scotland follows a similar English case last year. In September 2010, then 22-year-old Emmanuel Nimley was sentenced to 6 months in jail for recording movies including Alice in Wonderland and Green Zone and subsequently uploading them to the Internet.