For all the camaraderie among the pirate parties, there’s always been an underlying competitive streak between the various parties to break new ground. The last major competition – for now – has been won, and by an unexpected corner, the Czech party.

When it comes to surprises, even among pirate observers, this was certainly one.

The title for the first Pirate in a national parliament was expected to go to the Dutch last month, but didn’t happen. Now, in a two-stage runoff election, the Czech party’s Libor Michálek  has become the first Pirate to be elected to a national government seat.

Michálek is a noted whistle-blower in the Czech Republic, who first came to prominence 16 years ago after criticizing the slow privatization of banks. In 2010 he hit the headlines again after exposing irregularities with the State Environmental Fund, which led to a number of government resignations. 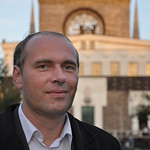 The 44 year-old ran in the Senate elections as a Pirate, with the support of the Green and Christian Democrat parties. In the first round of voting, last week, he managed 24.3%, giving him a spot in this weekend’s run-off election.  Here he dominated getting 74.4% of the votes, and is now Senator for District 26, one of 81 members of that country’s upper house.

While some may decry him as not a ‘proper pirate’ but as a whistle-blower on an anti-government platform, Michálek’s primary affiliation was the Pirate Party, because of their transparency and accountability platforms.

Meanwhile, Rick Falkvinge, Pirate Party founder and TorrentFreak Columnist was also eager to point out another fact which many may overlook – Michálek is the first politician elected under FPTP with credible opponents (while Alex Arnold was also elected Mayor under a FPTP system, he had no serious candidates in opposition) .

Now the only major achievement left for any party to grab, is ‘first to keep their seat at an election’, and you can bet the parties will still compete for that.