Three years ago file-hosting site Ryushare was a rising star in the so-called cyberlocker scene. Operating healthy affiliate and rewards schemes the site became a magnet for those looking to upload popular content.

After mere months online the site was already pressing the market leaders and by early 2013 was looking to break into the Alexa 500. Progress continued for another year but in April 2014 the site suddenly disappeared without explanation.

Rumors began to circulate that the site’s operators had been arrested but it took weeks for the arrival of an official announcement. The Vietnamese government eventually delivered the news that Ryushare had been closed down following the arrest of site owner Nguyen Duc Nhat plus three of his associates. Cars, motorcycles, and around $350,000 were seized.

While arrests are not a particularly unusual development in file-sharing cases, copyright issues weren’t at the heart of the site’s problems. It transpired that the authorities had taken offense at the huge amounts of “depraved content” being made available via the site.

Following the arrest of another individual, five men stood trial in Vietnam this month for their crimes.

The Ryushare defendants on trial 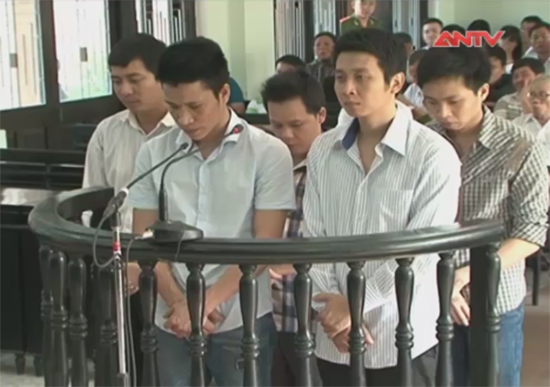 The court heard that the vast majority of the site’s 803,000 users didn’t pay a cent to access Ryushare, but around 77,500 VIP members paid between 10 euros per month and 60 euros per year for special access to the service. And it paid to introduce new VIP members to the site, with up to 60% of the sign up fee paid back to referrers.

The authorities claim that this system of commissions, VIP accounts and access to free (largely pornographic) content was the driving force behind the operation and the reason that people took the time to upload so much to the site. And it was profitable to do so, the prosecution said.

The numbers aren’t particularly surprising considering the size of the Ryushare operation. According to a local report the site hosted more than 11.3 million files hosted on 700 servers hired from companies located in France and the Netherlands.

But while the original Ryushare operators are now behind bars, the site itself returned several months ago and remains online today. While it hasn’t yet retained its former standing in terms of traffic, its business model appears untouched and currently charges exactly the same rates for premium membership.