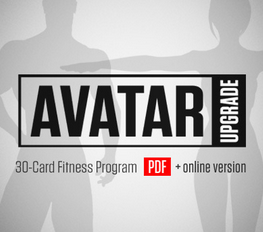 Copyrights and trademarks are an important tool for rightsholders to ensure that their content is not being abused.

Unfortunately, they can also be used to censor other content creators. Just last week we showed how legitimate videos were pulled offline simply because they used the word pixels.

Today another example of an overbroad content protection effort has surfaced. Darebee, a service offering free fitness programs, was recently targeted by a takedown request sent by Twentieth Century Fox. 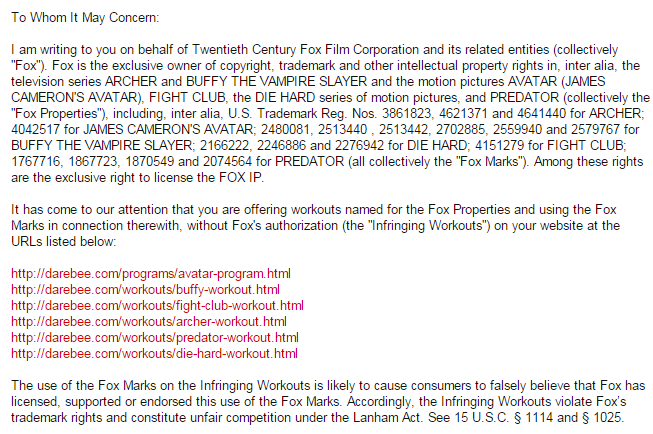 Darebee admits that some programs are indeed inspired by popular films but stresses that it doesn’t profit from them.

“When we have knowingly used a film name to one of our workouts or a film or comic book character we have done so within the homage, inspiration and fan-created content framework. We don’t sell anything. Our workouts are free and always will be,” Darebee notes.

While Darebee doesn’t agree with the request, they decided to remove most of the ‘infringing’ programs to avoid further problems. However, the “Avatar Upgrade” workout remains online.

According to Darebee the Avatar reference has no connection with the popular Fox movie. Instead, it refers to the avatars people use online.

“The program is based upon the fact that we each have avatars in the digital world and try to improve them any way we can. We can now do the same thing in real life by going through a program with the same name, focused on our real-life avatars.”

“Fox or any other corporation do not own the rights to the English language and every word in its dictionary,” Darebee adds, explaining why they’re keeping the Avatar workout program online.

In a detailed response Darebee notes that some rightholders go too far in their protection efforts. Motivated by greed, these efforts are hurting other content creators, they claim.

“Every company has a right to make a profit. That we totally understand and we do not dispute. But no company has any right to see people solely as dollar signs, or use its apparent size to railroad everyone’s rights in the mistaken belief that it will help it become more successful,” they write.

With the help of many volunteers Darebee will continue to publish free fitness workouts. The “Archer,” “Buffy,” “Die Hard” “Predator” and “Fight Club” programs are gone, but the “Avatar Upgrade” remains online.