Free Justin Bieber! (Why Streaming Shouldn’t be a Felony) 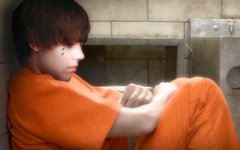 Yes, the intro to this article is fiction, but it could easily become reality if some U.S. lawmakers have their way.

In March, the White House published a white paper with several recommendations on how to make copyright law compliant with the digital age. Among other things, it suggested classifying unauthorized streaming of copyrighted material as a felony with a maximum prison sentence of 5 years.

These proposals were turned into a bill that Senators Amy Klobuchar, John Cornyn and Christopher Coons officially introduced in May. Simply said, the bill (S. 978) will make the “streaming” of copyrighted works a similar offense as “downloading” already is. On the surface this might sound logical, but in reality the implications could be disastrous.

If signed into law, hundreds of thousands of people who uploaded videos to YouTube could get into trouble. In short, everyone who shares a video which contains copyrighted material, a cover of a popular song for example, will face a maximum of 5 years in jail if the “felony streaming” bill becomes law. Justin Bieber included.

Launched today, the “Free Bieber” campaign hooks into this provoking image, and asks the public to tell Congress to vote ‘no’ to the bill. The campaign is organized by the non-profit organization Fight for the Future, which aims to counter the influential lobby of the entertainment industries.

“The main problem with the law is since copyright law is so expansive, it applies to lots of completely harmless and common things: like singing a song, dancing to background music, or posting a video of a kids’ school play, for example,” Tiffiniy Cheng, Director of Fight for the Future told TorrentFreak.

“Bieber got famous by posting unauthorized covers of popular R&B songs to YouTube. The fact that they were posted to advance his music career and the number of views on these videos means they blow past the (very low) threshold for what counts as a felony,” Cheng says. 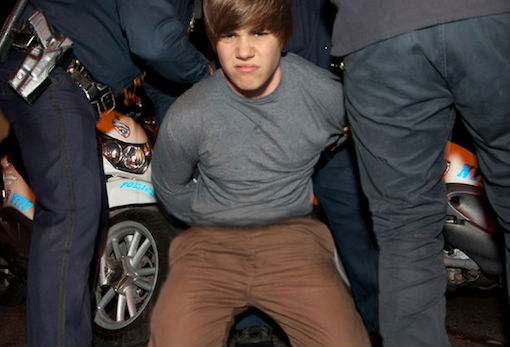 The law requires only 10 YouTube views (performances) and a hypothetical “fair market value” of $5000. This, bundled with some commercial aspect such as running ads (or using the videos to advance one’s career), and a potential jail sentence awaits.

With the “Free Bieber” campaign, Fight for the Future hopes to bring these implications to the attention of the public.

“We think that a larger audience needs to understand the implications of this bill, and visualizing and talking about what it would be like for Justin to be in jail for this should make it completely clear,” Cheng said.

“What’s genuinely troubling is that this bill applies to a massive slice of social media activity. And if you doubt that the RIAA and MPAA would push the government to go after teenage Facebook users, remember: these are the same people who used $7,000-per-song civil penalties designed to punish large-scale commercial piracy to sue 14-year-old P2P users and their families,” she added.

Some supporters of the bill have indeed argued that YouTube users have nothing to worry about, and that the bill is mainly aimed at site owners who stream millions of copyrighted songs, movies and TV-shows. Although this sounds believable, the question would then be why the bill itself doesn’t make this distinction.

And is this new law really needed in the first place? Are current laws not sufficient?

Earlier this year the authorities arrested the owner of Channelsurfing.net, a website where links to external sports streams were listed. The site itself did not offer any streams, it merely linked to streams that were offered by third-party sites.

For linking to streams the 32-year old Brian McCarthy from Texas charged with criminal copyright infringement for “reproduction and distribution” of copyrighted material, and without the new bill he still faces 5 years in prison.

The above raises enough questions to ask Congress to take a good look at the necessity and implications of “felony streaming” bill (S. 978).