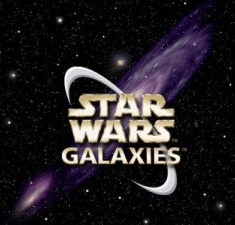 There are a lot of things people are not allowed to do under US copyright law, but perhaps just as importantly there are exemptions.

The U.S. Copyright Office is currently considering whether or not to loosen the DMCA’s anti-circumvention provisions, which prevent the public from ‘tinkering’ with DRM-protected content and devices.

These provisions are renewed every three years after the Office hears various arguments from the public. One of the major topics on the agenda this year is the preservation of abandoned games.

The Copyright Office previously included game preservation exemptions to keep these games accessible. This means that libraries, archives, and museums can use emulators and other circumvention tools to make old classics playable.

Late last year several gaming fans including the Museum of Art and Digital Entertainment (the MADE), a nonprofit organization operating in California, argued for an expansion of this exemption to also cover online games. This includes games in the widely popular multiplayer genre, which require a connection to an online server.

“Although the Current Exemption does not cover it, preservation of online video games is now critical,” MADE wrote in its comment to the Copyright Office.

“Online games have become ubiquitous and are only growing in popularity. For example, an estimated fifty-three percent of gamers play multiplayer games at least once a week, and spend, on average, six hours a week playing with others online.”

This week, the Entertainment Software Association (ESA), which acts on behalf of prominent members including Electonic Arts, Nintendo and Ubisoft, opposed the request.

While they are fine with the current game-preservation exemption, expanding it to online games goes too far, they say. This would allow outsiders to recreate online game environments using server code that was never published in public.

It would also allow a broad category of “affiliates” to help with this which, according to the ESA, could include members of the public

“The proponents characterize these as ‘slight modifications’ to the existing exemption. However they are nothing of the sort. The proponents request permission to engage in forms of circumvention that will enable the complete recreation of a hosted video game-service environment and make the video game available for play by a public audience.”

“Worse yet, proponents seek permission to deputize a legion of ‘affiliates’ to assist in their activities,” ESA adds.

The proposed changes would enable and facilitate infringing use, the game companies warn. They fear that outsiders such as MADE will replicate the game servers and allow the public to play these abandoned games, something games companies would generally charge for. This could be seen as direct competition.

MADE, for example, already charges the public to access its museum so they can play games. This can be seen as commercial use under the DMCA, ESA points out.

“Public performance and display of online games within a museum likewise is a commercial use within the meaning of Section 107. MADE charges an admission fee – ‘$10 to play games all day’.

“Under the authority summarized above, public performance and display of copyrighted works to generate entrance fee revenue is a commercial use, even if undertaken by a nonprofit museum,” the ESA adds.

The ESA also stresses that their members already make efforts to revive older games themselves. There is a vibrant and growing market for “retro” games, which games companies are motivated to serve, they say.

The games companies, therefore, urge the Copyright Office to keep the status quo and reject any exemptions for online games.

“In sum, expansion of the video game preservation exemption as contemplated by Class 8 is not a ‘modest’ proposal. Eliminating the important limitations that the Register provided when adopting the current exemption risks the possibility of wide-scale infringement and substantial market harm,” they write.

The Copyright Office will take all arguments into consideration before it makes a final decision. It’s clear that the wishes of game preservation advocates, such as MADE, are hard to unite with the interests of the game companies, so one side will clearly be disappointed with the outcome.