In recent years YouTube has become a wonderful platform for individuals to create a product and generate revenue from it, often from the comfort of their own homes. Many provide services such as hints, tips and tutorials on anything from baking to flying a plane, but growing in popularity are YouTube-based reviewers.

One guy who has gone down that particular route is John Bain, an Englishman known online as TotalBiscuit. Bain is a great success and has almost 1.3 million subscribers to his PC gaming YouTube channel. However he now finds himself in a copyright takedown controversy sparked by his review of Wild Games Studio’s first-person survival game Day One: Garry’s Incident.

There’s no way to sugar-coat Bain’s review – he hated it, and quite rightly so. The 21 minute review ripped apart the graphics, gameplay and presentation of the game and it was quite obvious from Bain’s tone this wasn’t going to end well. Aside from the odd element receiving a lukewarm reception, the review concluded that the game is a complete turkey.

The astonishing graphical excesses of Day One: Garry’s Incident 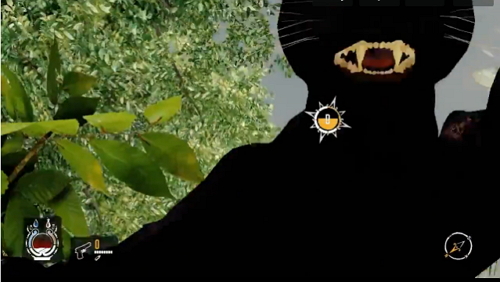 The video review became highly viewed very quickly, topping search results for the game on YouTube. But without warning it suddenly disappeared, only to be replaced by a copyright infringement notice, issued by none other than Wild Games Studio themselves.

At this point it’s worth pointing out that Bain is no stranger to the studio. They gave him a free key to access a review copy of the game on Steam and asked Bain to place a link in his review to where the game could be bought. It was perhaps appropriate then that the CEO of the studio decided to justify their takedown actions on the Stream forums themselves.

Well aware of the circumstances behind the review and his protections under copyright law to critique the game if he so chooses, Bain summed up the mess on Twitter.

“This happened 2 days ago, we contacted [Wild Games] for an explanation and have heard nothing. Giving them til Monday to respond before going nuclear. It should be pointed out that US Fair Use doctrine exists in particular to protect criticism from being censored in such a way.”

While Bain may have had the intention of not “goin nuclear” until today, things are now largely out of his hands. His follow-up video (embedded below) which explains events to date has already received more than 500,000 views and the backlash on Metacritic is something to behold, with the game currently receiving 0.6 out of 10 after 683 votes. It is very clear from the comments that the Metacritic reviewers know what the developer did to Bain.

“This highlights a wider problem and an issue that must be addressed. Look at how easily a company was able to censor the most-watched and prominent critique of their game by abusing YouTube’s copyright claim system,” Bain says. “Look at how they were able to completely flaunt the notion of networks policing their partners and using a shoot first, ask questions later form, to deny revenue to someone who they didn’t like.”

In order to draw attention to the issue, Bain says he will be donating all YouTube revenue generated by the ‘incident’ to the EFF.

In the meantime, anyone wanting to see the original review can find it on here on DailyMotion, ironically now being monetized by someone else.