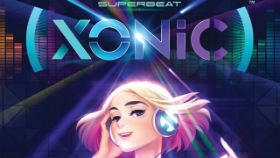 No copyright holder will be happy to see their work being shared for free on pirate sites, if their income depends on it. However, how they respond can make quite a difference.

Every now and then we see artists and developers scolding or lecturing pirates. While such an emotional response is understandable, it’s usually counterproductive.

Although some casual pirates can be threatened, most usually get very defensive when rightsholders call out their behavior.

Perhaps unwittingly, the studio behind the popular Vita game SUPERBEAT XONiC took a more gentle approach. Taking a page from a reverse psychology handbook, they confronted pirates with positivity.

After noticing that several people were posting links to pirated copies of their game in the Vitahacks and VitaPiracy subreddits, PM Studios joined the discussion. Not with a tirade, but with kind words and a discount offer.

“We feel honored that you enjoy our game SUPERBEAT XONiC so much, we would like to invite you to take this opportunity to purchase it on sale at the Playstation Store,” they commented on severalthreads.

The people in the subreddit were pleasantly surprised by the response and created a thank you thread. This generated even more exposure including a write-up at Destructoid, with positive comments all around.

While we doubt that PM Studios appreciates the fact that people are downloading their game without paying for it, they do seem to realize that all these ‘pesky pirates’ are potential customers. Rightly so, as the most prolific pirates are often the people who buy a lot of games as well.

And with their positive response, the developers undoubtedly picked up a few extra purchases, as various self-proclaimed pirates suggest that they now plan to buy the game.

“I appreciate the ability to be able to download a game and give it a good run. Demos do not always sway purchasing decisions in the right way, for numerous reasons,” Mr_Cloud_Strife writes.

“When devs can look the offender right in the eye and say, ‘We are really happy that you enjoy the game! We have even discounted it for those that CHOOSE to purchase it.’ How can you say no?”

The response from the game developer works particularly well because it’s a relatively rare sight. However, one of the users who linked to a pirated version of SUPERBEAT XONiC believes others should follow suit.

“This is how all game studios should conduct themselves!” codemasterv writes.

PM Studios probably feels exactly the same, when they convert another pirate into a paying customer.

“This is how all pirates should conduct themselves….”