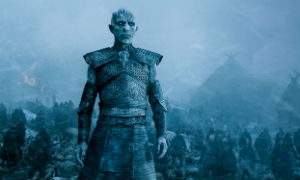 Yesterday, the first episode of Game of Thrones’ seventh season made its way onto the Internet. Like every year, this generated quite a bit of activity on various torrent sites.

People from all over the world virtually gathered around the various pirated copies of the show, with the first torrents appearing within minutes of the official broadcast and dozens of others soon after.

At the time of writing, more than 130,000 people are actively sharing one of the three most-popular torrents.

Part of this unofficial audience prefers piracy over a paid subscription. However, the fact that pirate copies are available before the official release in many countries doesn’t help either.

The most-shared torrent at the moment, with tens of thousands of peers, is a 772.3 MB rip from TBS uploaded by the ettv distribution group. Like every year, the total number of downloads is eventually expected to run to several million per episode.

Regarding the piracy numbers, Game of Thrones still beats every other TV-show by a landslide. That said, it’s worth noting that torrent activity has leveled off somewhat.

The last swarm record, when over a quarter million people were simultaneously sharing a single file, dates back two years. Based on the numbers we’ve seen thus far, it’s not likely to be broken anytime soon, if ever.

That doesn’t mean that the interest from pirates is waning. Not at all. Over the past two years, streaming sites and services have exploded, and Game of Thrones is topping the charts there as well.

TorrentFreak spoke to a source at one of the larger streaming portals who informed us that some episodes get up to a million views each. This morning, the Game of Thrones season premiere generated close to 20,000 views per hour on that site. And that’s just on a single platform.

This massive demand is also reflected in the “most viewed” lists on many streaming sites, where GoT often comes out on top. In fact, on Fmovies the first six seasons of the show were all among the most viewed titles this week, soon to be followed by season 7.

Most-viewed on FMovies during the past week 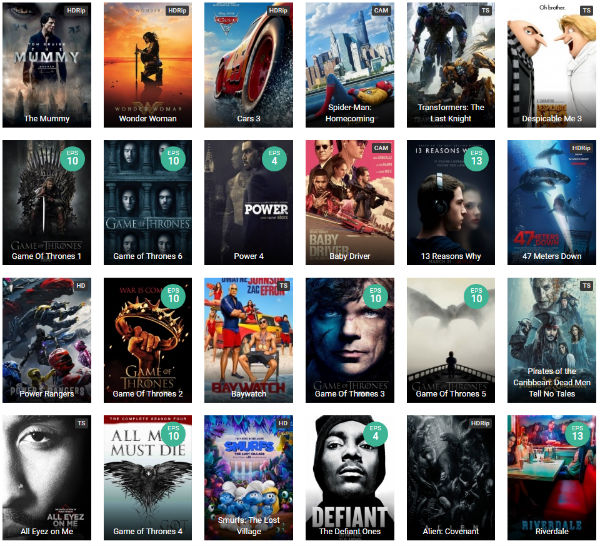 Since streaming has overtaken torrents in terms of popularity, it’s safe to say that the majority of all Game of Thrones piracy is generated there as well.

In a way, pirate streaming sites and set-top boxes provide an even bigger threat to HBO’s hit series. They are generally easier and more convenient to use, which significantly broadens the audience.

Streaming aside, a lot of the mainstream attention remains directed at torrents. Over in India, for example, local broadcaster Hotstar launched a massive billboard campaign called “Torrents Morghulis,” which translated means “torrents must die.”

Ironically, however, Indians had access to pirated Game of Thrones copies before the official premiere. When it finally became available on Hotstar the service crashed, something which also happened with Foxtel in Australia and HBO in several other countries.

Perhaps these broadcasters should consider peer-to-peer assisted streaming next time, we’ve heard it works quite well.