For more than half a decade, Popcorn Time has been a thorn in the side of Hollywood.

The ‘Netflix for Pirates’ offers an easy-to-use application that opens the door to a library of thousands of streamable movies and TV-shows.

The Motion Picture Asociation (MPA) recognized this threat early on and pressured the original developers to throw in the towel. That worked, but it came too late as the open-source project was swiftly revived by others.

Today, Popcorn Time lives on through many project forks. The most popular is PopcornTime.app, which like its predecessor, shares its source code publicly on the developer hosting platform GitHub. This allows others to download, modify, and share it.

The MPA is not happy with this and took action recently. The movie industry group informed GitHub, which is owned by Microsoft, about the infringing nature of the software. According to the MPA, the application includes links to pirate sites, pirate APIs, and pirate torrent trackers, which are used to download pirated movies and TV-shows. 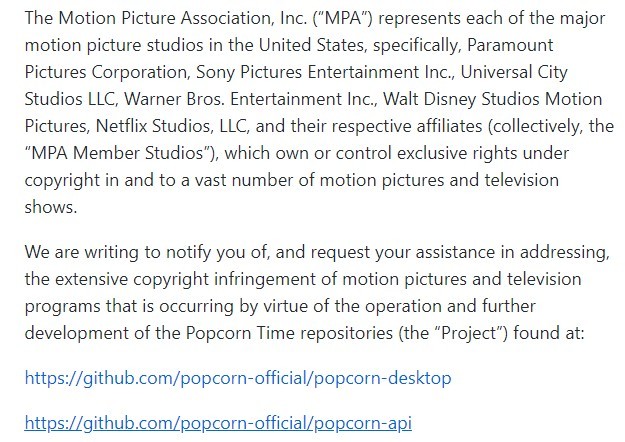 On top of that, the MPA suggested that GitHub itself may be liable for copyright infringement if the company fails to take action.

While the MPA’s interpretation of the law is likely not shared by GitHub, the company did remove the Popcorn Time code. In most cases that would be the end of the story, but Popcorn Time was not backing off without a fight.

The developers submitted a DMCA counternotice explaining that the MPA’s request is not legitimate. The code is owned by Popcorn Time, not the MPA, and Popcorn Time asked GitHub to restore access.

“The code is 100 % ours and do not contain any copyright [sic] material please check again,” the developer wrote.

The app’s developers made a good point here. The identified code (not the built app) is not directly copyright infringing and it contains no direct links to copyright-infringing material either. This means that a DMCA notice may not be the right tool here.

Faced with both requests, GitHub has now decided to restore full access to the Popcorn Time repository.

This decision doesn’t necessarily mean that it agrees with the app developers, however. The DMCA simply prescribes that, following a counternotice, content can be restored after two weeks, unless the claiming party files a lawsuit. 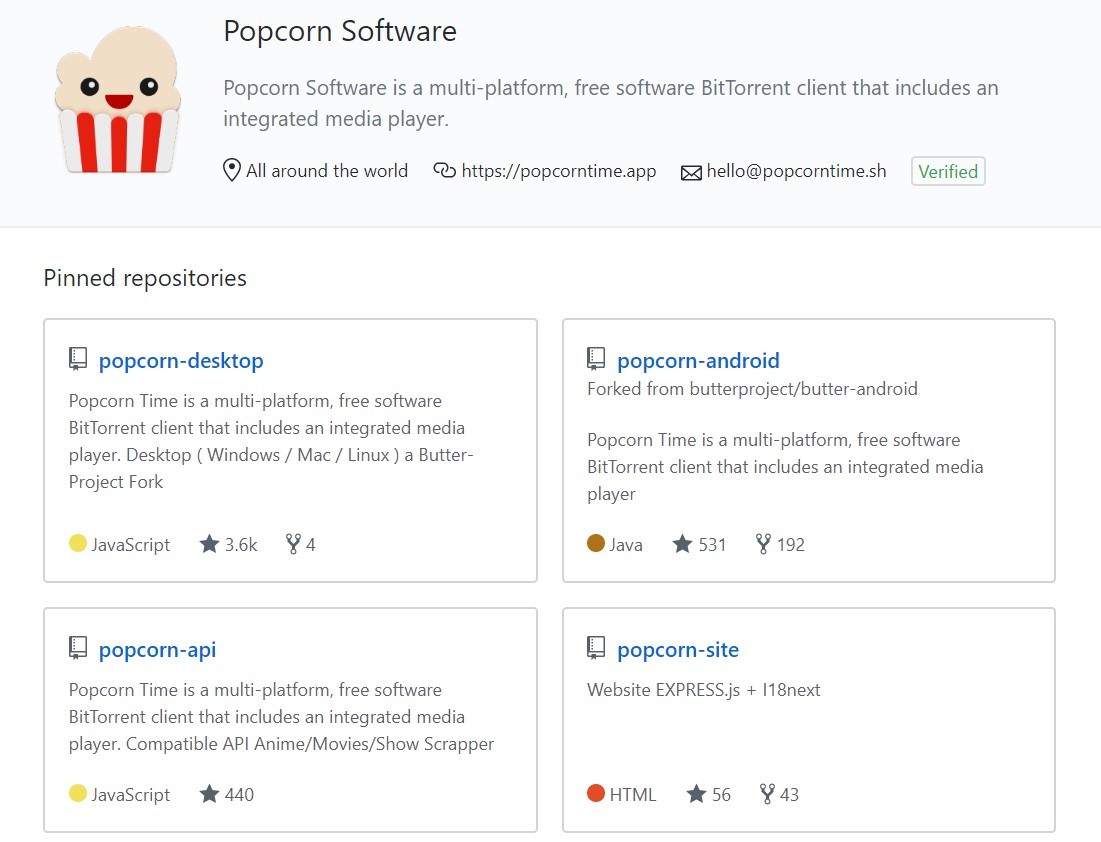 In this case, the MPA chose not to file a lawsuit against the Popcorn Time operators, so the code repositories are back online again.

Whether the MPA will follow-up with further action has yet to be seen. However, the whole episode highlights an interesting issue. There is little doubt that the Popcorn Time application is a pirate app. However, the code, as hosted by GitHub, is not infringing per se. As such, regular takedown notices don’t appear to work here.