At just five minutes long it’s much shorter than a standard The Simpsons episode but, according to Al Jean who has worked on the show for more than 30 years, it was a “thank you” note to Simpsons fans who had stuck with the show for two-and-a-half decades. And things went well.

The Longest Daycare was nominated for an Oscar and now, more than eight years later, is about to make its debut on the streaming platform Disney+. That was pointed out by Al Jean himself just an hour ago on Twitter, who posted the following in celebration. 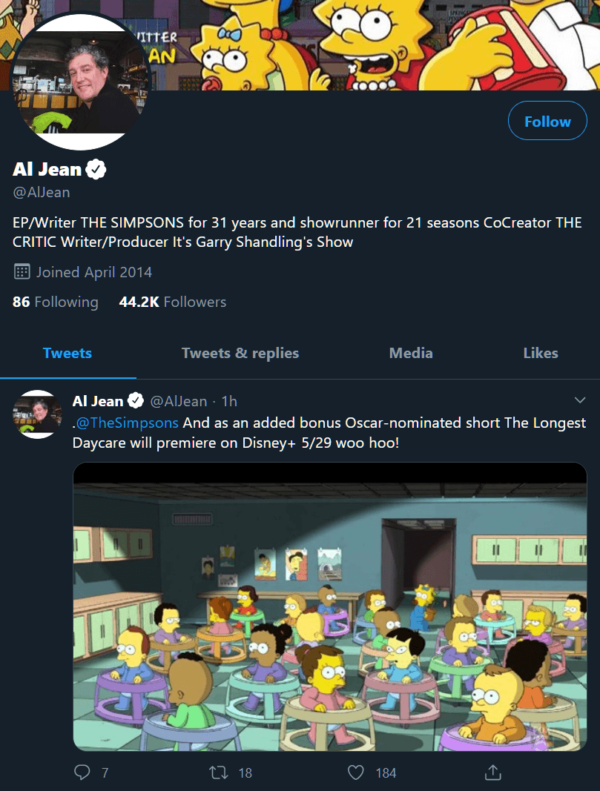 While that presents nothing out of the ordinary at first view, those who take the time to scratch below the surface will find something amusing. Clicking on the image to expand it fully reveals that the screenshot was taken from a pirate release of the show that was released more than seven years ago on torrents and then uploaded to YouTube. 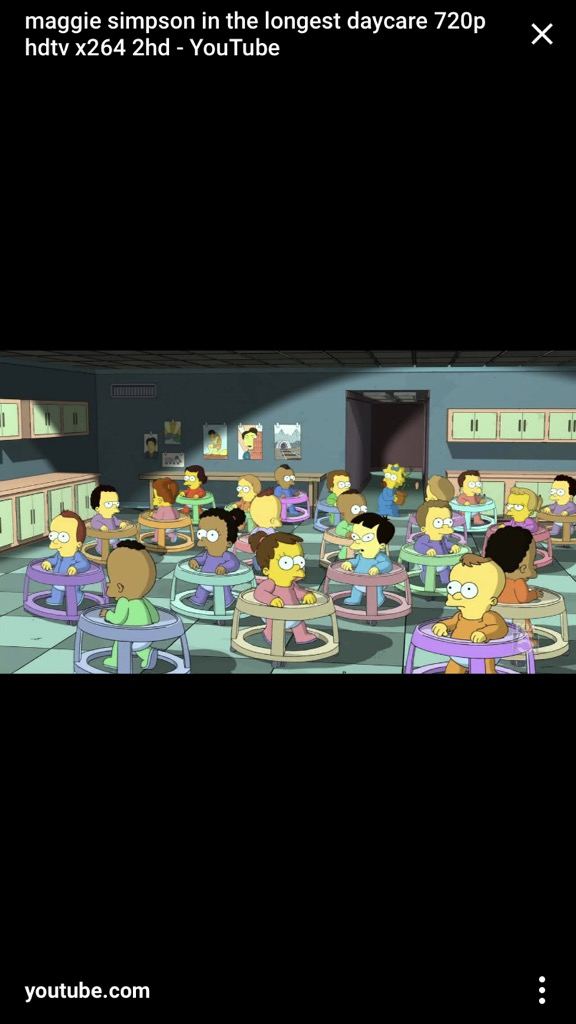 The release, Maggie.Simpson.in.The.Longest.Daycare.720p.HDTV.x264-2HD, is still being seeded today and can be found without too much difficulty on The Pirate Bay. The upload date on TPB is February 18, 2013 and the copy on Youtube, which currently has 88,337 views, was uploaded a day later on February 19, 2013.

We won’t embed it here but as the screenshot below illustrates, this is the exact pirate release showcased in Jean’s tweet, which is available all over the place for download albeit in much lower quality than will be available on Disney+ next week – hopefully. 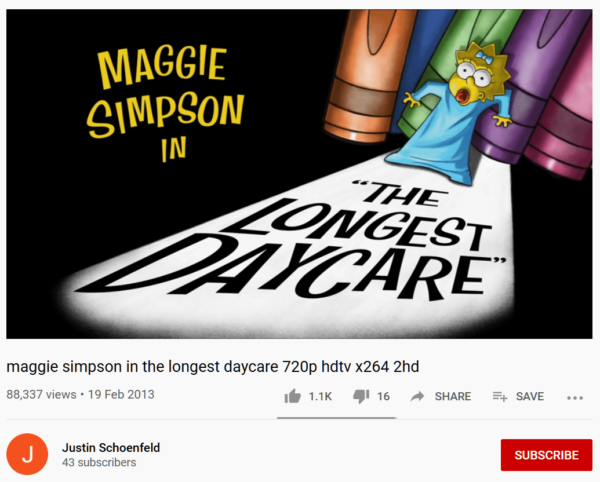 The big question perhaps is whether this was intentional. The writers of The Simpsons haven’t shied away from the topic of piracy in the past, that’s for certain.

In addition to Bart scrawling, “I must not illegally download this movie” on a school blackboard as penance for his sins, he has also been seen surfing ‘The Bootleg Bay’ on his laptop. The writers of the show have also been happy to poke fun at the heavy-handed tactics of Hollywood in their mission to chase down TV show and movie pirates.

All that being said, it could have been a good old-fashioned blunder. After all, Jean couldn’t get a screenshot from Disney+ yet and YouTube is way more convenient, even if it does reveal a little bit more than perhaps intended.