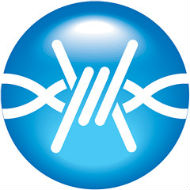 To those who are not that tech-savvy, file-sharing applications that share all files by default can pose a threat.

This is one of the main reasons why the FTC filed a complaint against FrostWire at a federal court. The government agency, which aims to protect the rights of consumers, alleged that FrostWire was disregarding users’ privacy by sharing files by default.

Although some companies might view a looming lawsuit by the FTC as a massive problem, the FrostWire team approached the court case in a rather pragmatic way. The commission first contacted FrostWire in May, and by the end of the month the company had already delivered a version complying with the majority of the proposed changes.

“We are software people, and saw this as a bug fix that happened to be reported by the FTC,” FrostWire’s Angel Leon told TorrentFreak.

“Nobody as far as we know ever complained for having finished downloads shared by default, to us it was a given of P2P, but now we feel better that users are in full control of what’s being shared.”

FrostWire users could always prevent automatic sharing in just a click or two, but the FrostWire team understood the issues brought up by the FTC and quickly took action. By leaving Gnutella – which was little more than a spam farm after LimeWire shut down – FrostWire decided to become a BitTorrent-only client.

“We actually made our software compliant by making the allegations irrelevant once we dropped Gnutella. Now there’s no concept of ‘shared folders’ anymore and it’s pretty clear where all files are saved, and if the user is seeding or not,” Leon said.

FrostWire sees the FTC intervention as one of the most helpful bug reports in the company’s history.

“Thanks to this whole ordeal we made our application a lot better. In a matter of a couple of weeks, we had the last version of FrostWire 4.21.x fully compliant with the order, and then we just made the decision to go 100% with BitTorrent,” Leon says.

“With BitTorrent we feel that our users’ privacy is better protected than when we had Gnutella, and now they’re certainly immune to spam search results.”

Aside from the desktop application, FrostWire also has an Android app that runs on a separate file-sharing network developed by the company. For this mobile application the company changed the default settings so users have to opt-in before they share something.

As a result, the number of shared files dropped dramatically, so FrostWire will soon turn the Android application into a BitTorrent client as well. The source of this new client will be released under a GPL license as soon as the first version comes out.

Overall both the FTC and FrostWire are happy with how things worked out. Consumers on the other hand benefit from the relative privacy of BitTorrent, where no shared folders exist.