Google’s public records for DMCA notices received date back to a single week in July 2011 and as far as the trends at the time were concerned, it was a pretty busy period.

According to the company’s Transparency Report a little under 130,000 notices were processed, with the next batch in August ’11 a little busier at 158,000.

By November ’12 things had really begun to heat up, with 2.88m notices handled in a single week. What followed was a steady increase month on month interspersed with massive spikes, such as the 11.68m URL deluge witnessed during a week in October 2014.

In July 2015, records were broken again, with another highly unusual week in which 12.5m notices were processed by the search giant. Or, to put it another way, Google dealt with requests to remove 18 ‘pirate’ links every second.

And now, just weeks later, that staggering record has been shattered again.

In a single week (beginning August 18, 2015) Google processed a mind-boggling 13,685,322 allegedly infringing URLs. That’s almost 23 copyright complaints handled by the search giant every single second – or 100 URLs in the time it took to read this sentence. 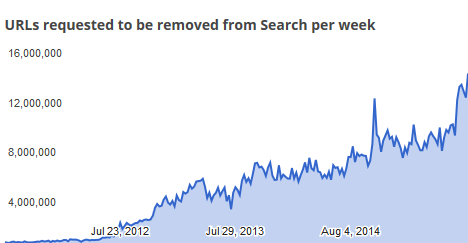 The big question is what’s been driving these massive figures. Are pirates flooding the Internet with more content than ever before? Or perhaps anti-piracy outfits are simply becoming more adept at discovering it?

Both of those things are indeed a possibility but two other sets of circumstances are undoubtedly inflating the figures reported by Google. Interestingly, they’re both a direct result of copyright holder actions.

While domain takedowns have inconvenienced several large sites in recent times, those affected are increasingly using multiple domains to mitigate the problem. It’s a strategy now being employed by many of the leading torrent sites – cut one head from the hydra and another appears, as the saying goes.

For example, The Pirate Bay currently operates several domains, which forces anti-piracy groups not only to take down specific content on thepiratebay.se (3,564,910 URLs so far) but also thepiratebay.gd (601,518) thepiratebay.am (373,444), thepiratebay.la (690,648), etc etc…ad nauseam. 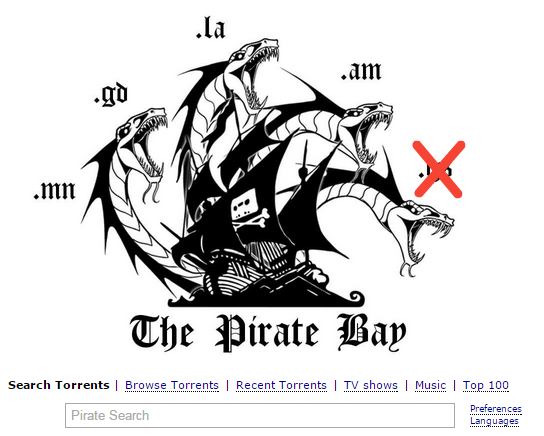 This means that for a piece of content previously found on a single URL on ThePirateBay.se alone, rightsholders now have to send a similar notice for every other domain the site decides to put into action. It’s a never-ending battle that’s causing millions of additional takedown demands.

Another big issue is caused by site blocking. Again taking The Pirate Bay as an example, there are now dozens if not hundreds of active proxies, mirrors and clones, each of which attract their own sets of takedown demands. As can be seen from the image below (which shows only part of the problem), this also causes millions of additional notices to be sent to Google. 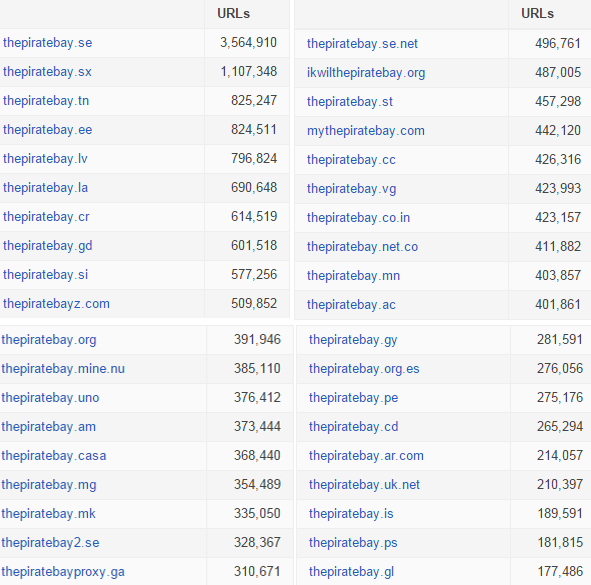 Overall there seems to be very little that anyone can do to stop the tide of notices being sent to Google but perhaps most importantly they appear to be having almost no effect on content availability. All popular movies and music tracks remain just a few clicks away. Let’s not forget, Google takes down links to content, not the content itself.

Admittedly search results for the same are becoming less useful (and are even driving people towards malware), but of course Google is only part of a much bigger puzzle and pirates adapt very quickly.