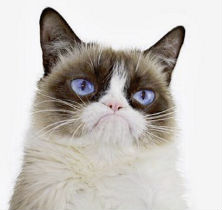 Grumpy Cas has made a lot of money through successful merchandise lines, including the Grumpy Cat “Grumppuccino” iced coffee beverage.

The coffee is sold by the California company Grenade Beverage, who also operate the domain name grumpycat.com. The company licensed the copyright and trademarks to sell the iced coffee, but are otherwise not affiliated with the cat and its owners.

Up until recently the partnership didn’t cause any problems, but that changed when Grenade announced a new line of Grumpy Cat merchandise. In addition to the iced coffee, they now sell Grumpy coffee beans as well.

This expansion violated the license agreement, according to Grumpy Cat’s owners, who just filed a lawsuit at a California federal court to set the record straight.

“Ironically, while the world-famous feline Grumpy Cat and her valuable brand are most often invoked in a tongue-and-cheek fashion, Defendants’ despicable misconduct here has actually given Grumpy Cat and her owners something to be grumpy about,” the complaint starts.

The cat’s owners explain that they hold the copyrights and trademarks associated with their pet, and argue that the new line of roasted coffee ground products requires separate approval under the license agreement. 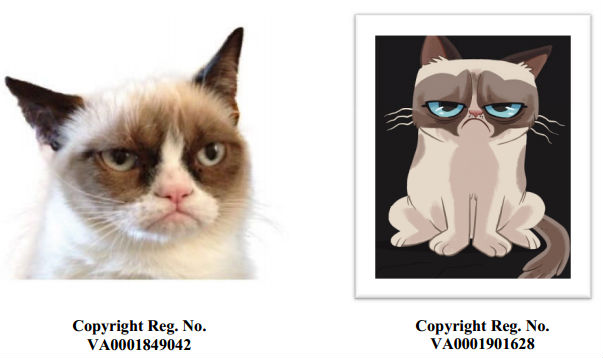 “In late 2015, Plaintiff learned of Defendants’ intent to create and exploit a line of ‘Grumpy Cat’ branded roasted coffee ground products, which would be separate and apart from the ‘Grumpy Cat Grumppuccino’ product line contemplated by the License Agreement,” the complaint reads.

Grumpy’s owners informed Grenada on several occasions that they did not agree to the new product line, but the beverage maker went ahead and launched the product anyway.

“Defendants were repeatedly told by Plaintiff (both in writing and verbally) that the Licensed Properties could not be used in connection with a roasted coffee ground product,” they write.

The roasted beans are up for sale at grumpycat.com and are being widely advertised to tens of thousands of followers on various social media accounts. The cat’s owners are asking the court to stop these sales and hold Grenada responsible for various copyright and trademark infringements.

The potential statutory damages run into the hundreds of thousands and in addition Grumpy Cat’s owners also want to take over the grumpycat.com domain name, claiming that it was registered in bad faith. Previous requests to sign over the domain name all failed.

Whether Grumpy Cat will win this case depends on the exact language of the license agreement and how this will be interpreted by the court. However, Grenade Beverage should be warned, as cats have a tendency to win the Internet.