It started off simply enough, with rightsholders targeting the main domains used by sites such as The Pirate Bay, KickassTorrents, Torrentz, ExtraTorrent and other major players.

Soon video streaming portals and MP3 download sites were also added to the equation and the list of blocked domains began to expand at a rapid rate. However,
what happened next is perhaps best illustrated by the now popular image shown below. 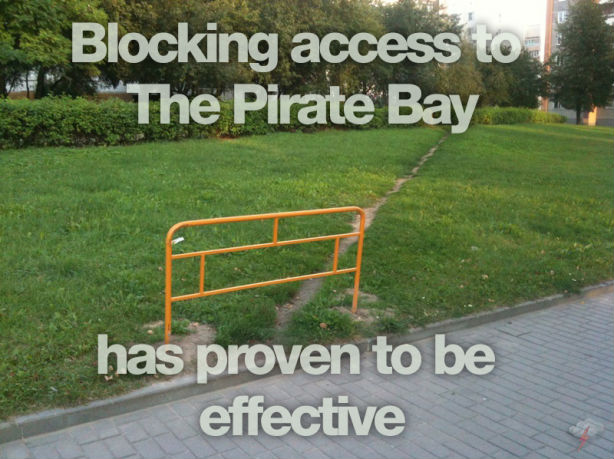 In an effort to circumvent blocks, dozens of proxies, mirrors and clones of all the popular sites began to appear. While not having the credibility of the sites’ main domains, for most casual pirates these provided a simple way to keep using The Pirate Bay and many other sites.

As a result, entertainment companies in the UK are now engaged in the largest whac-a-mole game ever seen online. Having blocked pretty much every site’s main domain, they’re now attempting to block every ‘circumvention’ site. The task is not only enormous but never ending.

In October alone dozens of new domains were added to the UK’s rapidly expanding blocklist. In November, Hollywood and the labels were back again, taking down another 170 domains. And with December only half done, yet another wave has just hit the UK’s shores.

Implemented by BT, Sky, TalkTalk, Virgin Media, O2 and EE, more than 85 domains are in the latest batch. Detailed in full below, it reads like Groundhog Day for the entertainment industries.

The vast majority represent yet more attempts to stop people accessing The Pirate Bay and one has to wonder who is winning this war and whether it will ever end. No soon as copyright holders add dozens of Pirate Bay-connected domains to its blocklists, dozens more appear.

Making matters worse is that they are both easy and cheap to buy, making domains a temporary and ‘throwaway’ item. Furthermore, since these days all major ‘pirate’ players eventually become demoted in Google’s search results, fresh and relatively unknown proxies make it to the top with greater ease than ever before.

Directly or via their clones, imitators, proxies or mirrors, this month various key MP3 sites are also in the firing line. They include emp3world, mp3clan, mp3raid, mp3skull, stafaband and newalbumreleases. All of these sites have been targeted several times before and each time new ways of accessing them have appeared.

But while on a top-line level blocking seems almost futile, it will be having an effect. The constant hunt for new domains has the potential to frustrate users of ‘pirate’ sites and as highlighted before, blocking efforts are almost certainly diluting the brand value of major sites.

The big question that remains unanswered, however, is if any of this is actually translating into additional sales. If it is, thus far entertainment industry companies have kept well away from making the connection. One might exist, of course, but asking for more aggressive options from government and the courts is almost certainly the preferred strategy.

The latest batch of blocked domains