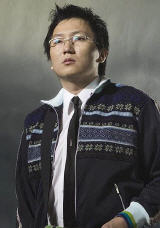 According to the International Herald Tribune, the Emmy nominated actor noted that when they went to France recently, the reaction from the fans was very positive as many of them had already seen the show, even before it aired on TV.

Of course, in order to do this the fans didn’t manipulate the space-time continuum like Hiro does in the show, they simply grabbed a .torrent file and downloaded with their favorite client. There’s nothing quite like a free sample to generate interest in your product and this French situation is a shining example of that.

Despite the great reaction in France, Masi commented with care: “It takes a lot of money to create a really high quality show. We have a lot of support from the advertisers … all the buyers. We just feel like we’re doing a disservice to them if we do BitTorrent”

Although Masi Oka is an intelligent man with an IQ of 180 and a degree in Computer Science and Mathematics under his belt, it doesn’t take a genius to work out what he worked out already about BitTorrent promotion: “if we get a lot of people to watch the show” he said, “it’s only going to be great for the show in the future too.”

Oka seems to recognize that true fans of productions such as ‘Heroes’ not only watch the shows via BitTorrent, TV or both, but will likely go out and buy the DVDs too – if the show is any good of course – which ‘Heroes’ definitely is.

“Hopefully, if they can buy the DVD after they watch it on BitTorrent, that would be great” he said.

Perhaps realizing that his bosses at NBC may not appreciate such an influential guy making pro-file sharing comments, Oka added a disclaimer:

“I am not advocating BitTorrent”

No, of course you’re not Masi, we understand!