“We have been forced to make this very difficult decision, and close Area 51. We had quite a run, and we wouldn’t have been able to do it without customers like you,” the email began.

While this initially sounded like bad news for subscribers, customers of the shuttered service soon began receiving emails from a service called Singularity Media informing them that their account had been taken over and all logins would work as before. Soon after, however, Singularity shut down too.

Last August, TorrentFreak revealed that Area 51 had been shut down by the Alliance For Creativity and Entertainment. That event was accompanied by a settlement agreement, which included a clause that the operator of Area 51 couldn’t launch any new infringing services.

That agreement appears not to have been honored, with potentially devastating consequences.

According to the complaint, the plaintiffs first discovered that Tusa was infringing their rights through Area 51, a service that reportedly received three million visits between June 2019 to June 2020, making it the “then-largest stand-alone” pirate IPTV service by traffic in the United States.

After identifying Tusa, his sister, and now-deceased wife as Area 51 operators, the plaintiffs issued a cease-and-desist that demanded a halt to their infringing activities. While the settlement was being negotiated via an attorney, it’s alleged that Jason Tusa was already working on a replacement.

On July 1, 2020, Tusa reportedly registered the Singularitymedia.net domain and created a close mirror of the Area 51 websites. As we reported earlier, Area 51 customers received emails stating that Singularity would be taking over. On July 8, the plaintiffs contacted Tusa again, demanding a halt to Singularity, which later went down.

Months later on October 12, a confidential settlement agreement was reached in respect of the Area 51 and Singularity services which contained promises from Tusa to never run or assist in the running of another infringing service. According to the plaintiffs, that wasn’t honored.

Before the agreement was signed, Tusa allegedly launched his third infringing service. Digital UniCorn Media (DUM) offered similar pricing and programming to its predecessors but despite trying to hide his connections to the service, the studios were able to link Tusa to the platform by spotting several of his mistakes.

A domain for the new service carried an unredacted email linked to Tusa and it was noted that he uploaded a video containing an inflatable unicorn to YouTube and commented to that using his personal and UniCorn Media accounts. The plaintiffs contacted Tusa’s counsel to report a breach of the settlement agreement and while Tusa denied the connection, he also deleted the video. DUM subsequently went offline, with Tusa posting to Instagram that the service was gone forever.

According to the lawsuit, Tusa then launched a new service called Altered Carbon but despite taking a number of steps to distance himself from the platform, the studios say they were able to link him to it in a number of ways.

While one piece of circumstantial evidence wouldn’t be enough to determine that Tusa controls Altered Carbon, the studios reveal a laundry list of points that together appear to do just that.

Altered Carbon uses the same logo as DUM and the plaintiffs have seen him discussing the service on Telegram. The IP addresses used by the service are close to those used by DUM since they use the same host but the complaint goes further still, particularly when it comes to activity and signaling on social media. Some other pieces of evidence are even more problematic.

“A video posted to Tusa’s social media account shows him stringing together a series of cable boxes, indicating that Tusa is using the signals routed through those cable boxes as the source for his infringing streams.” 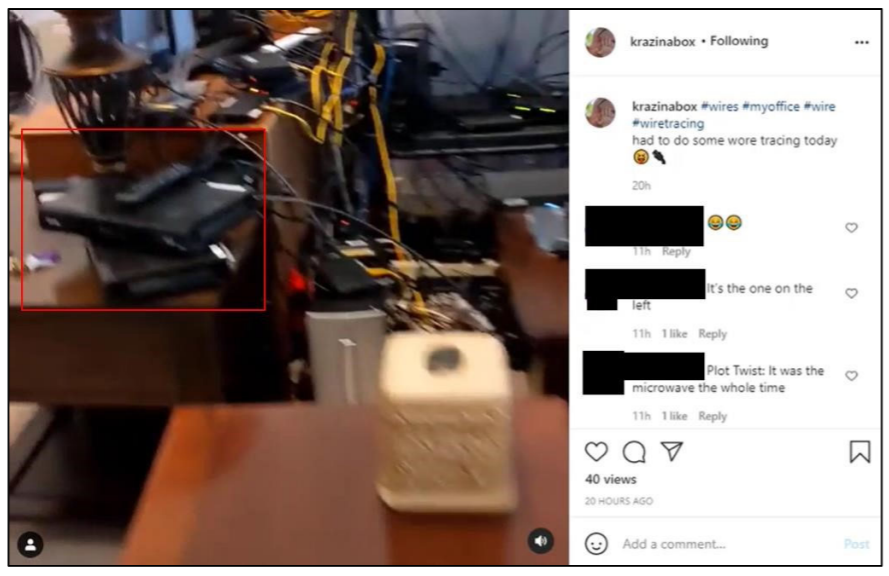 “Altered Carbon is almost identical to DUM, except for its name and superficial design changes. Like DUM, many of Altered Carbon’s American channels contain advertisements localized to Tusa’s home town of Naples, Florida,” the complaint adds, suggesting that the services use the same capture setup.

Altered Carbon Has an Affiliate Program

According to the complaint, Tusa runs a program that enables Altered Carbon to reach a wider audience. By selling “bulk credits” to affiliates at a lower-than-retail price, they are then able to sell the service to their own customers at a profit. For example, 70 credits (each worth a month of service) are sold at $6.42 each while 150 credits are sold at $4.66. These are sold on at whatever rate the reseller chooses.

“Tusa infringes and profits from exploiting Plaintiffs’ Copyrighted Works, and he refuses to stop. When Plaintiffs have confronted Tusa with proof that he is operating an infringing service, Tusa just shuts it down and starts another one, leading to repetitive games of cat-and-mouse. Plaintiffs are irreparably harmed by Tusa’s brazen infringement in ways that cannot easily be calculated or remedied by monetary damages.”

Claims For Copyright Infringement and Breach of Contract

While the studios are clearly unhappy with the Altered Carbon service, they are also concerned by Tusa’s breaches of his settlement agreement. The plaintiffs say that he has made a “mockery of their rights” and by continuing to start new services, it sends a message to other pirate services that they do not need to take the plaintiffs’ rights seriously. As a result, the lawsuit is already shaping up to be a lesson in compliance.

The plaintiffs say that Tusa breached their rights by distributing at least 110 copyrighted works including the movies Dunkirk, Harry Potter, Joker, Tenet, The Hulk, plus many other mainstream titles. They also allege breaches related to TV shows including The Office, Law & Order, Friends, and The Big Bang Theory.

According to the studios, the settlement agreement previously signed by Tusa required him to cease-and-desist and since he has failed to do so, he is in breach of contract. The finer details of the agreement aren’t public but it appears it may have come with a clause for Tusa to pay a settlement sum in the event of a breach.

In advance of any trial, the complaint demands preliminary and permanent injunctions to prevent Tusa from continuing his operations. The studios also want his hardware to be impounded along with any and all documents relating to the infringement of their rights.

There are also demands for the Altered Carbon services domains to be handed over to the studios, a common request in such cases.