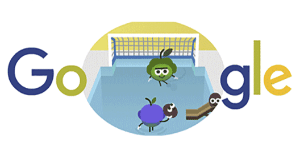 Over the past few years, we’ve featured our fair share of bizarre DMCA takedown articles.

Most of these boil down to mistakes by automated bots or plain incompetence. More recently, however, we’ve started to notice an influx of more coordinated DMCA abuse.

Scammers, posing as legitimate rightsholders and reporting agencies, are asking Google to remove hundreds of thousands if not millions of URLs. Many of these links do indeed point to pirate sites, but copyright enforcement is not the main reason why they’re sent.

Instead, these takedown requests appear to be generated with the sole purpose of downranking ‘competitors.’

While many of these notices are seemingly sent on behalf of well-known companies, there are some clear red flags. They use variations of names that have not been used before, such as ‘Walt Disney LTD,’ and generate confusing entries in Google’s transparency report.

For example, Walt Disney Company reportedly sent a takedown notice on behalf of the Russian company WebControl, instead of the other way around. This notice states that the reported links infringe the copyrights of the film Looking Glass, which as far as we know is not linked to Disney.

There are thousands of these scammy reports where “impostors” pretend to be copyright holders and reporting agencies. Quite a few are targeted at Russian domains and sites and are apparently sent from Russia, but the problem goes further than that.

There are also notices that list one allegedly pirated film and then ask Google to remove dozens or hundreds of URLs from a single site.

While it’s sometimes hard to distinguish between legitimate and scam requests, something clearly looks off. 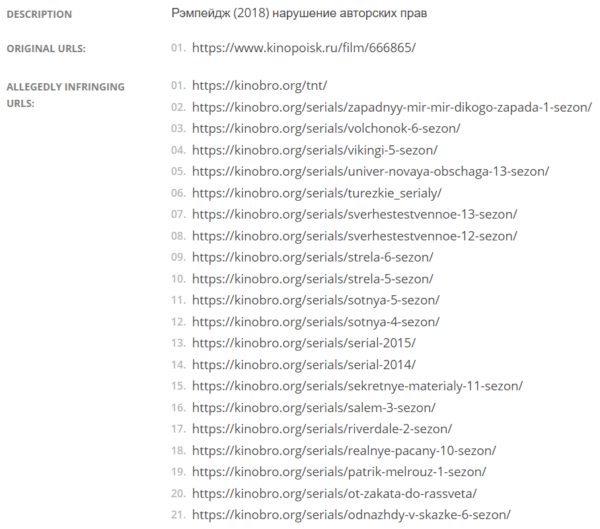 These seemingly fake notices haven’t gone unnoticed. There is a thread in the Russian Google webmaster forum where site owners discuss this, calling out numerous alleged scammers.

Many of the victims are pirate sites, which makes it a sensitive issue. However, we’ve seen a complaint from a furniture store as well, accusing a competitor of taking down its links, and those of other colleagues.

While many of the affected sites are Russian, we also noticed various suspicious notices supposedly sent by UK anti-piracy group MUSO. We reached out to the company for clarification, and MUSO informed us that these are indeed fake.

“Google advises that as they identify these submissions as impersonations, no action is taken by them on any of the URLs submitted. Further information may be requested of them for specific claims via a formal legal process,” MUSO told us.

Another reporting agency that confirmed the fake notices is the French-based company Blue Efficience. In particular, they noticed an influx of fake reports in the name of “Anti-piracy net” but their own name is being abused as well now.

For example, this notice they supposedly sent on behalf of Netflix is fake, so is this Paramount Pictures notice, this one from 20th Century Fox, and many, many more.

“Recently some people started to send notifications using our company name, and we suspect that these impersonators are the same people who were using the name ‘Anti-piracy net’,” Blue Efficience’s managing Director Thierry Chevillard tells us.

While Google is aware of the problem and flags some of these notices as fake, not all are recognized as such. This means that potentially millions of URLs are removed by scammers who don’t own any of the copyrighted content but are just looking to downrank sites of competitors.

In recent weeks the issue also made its way to the international webmaster forums. The owner of iKinoHD.cc flagged several problematic submissions in his best English.

“Dear webmasters and the administration of googles I ask for help, in Russia, Ukraine, Kazakhstan. Mosquitoes abuse the name of DMSA and remove all references from competitors from the [search results],” the webmaster writes, adding that “this has already been going on since February.”

The site owner says he even contacted the copyright holder, who reportedly confirmed that scammers were responsible.

The thread in question turned into a discussion as to whether alleged pirate sites should be able to complain about false takedown notices. However, there has been no official response from Google yet. One top contributor in the forums notes that “law in the US is what it is” and advises people who are affected to file a counter-notice.

We have also reached out to Google for a comment but after more than a week we have yet to hear back. Meanwhile, the issue persists. And while Google does flag some imposters, many others still get through.