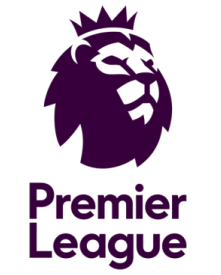 Over a period of more than 10 years, companies run by businessman Steven King found ways to utilize copyrighted content owned by others to generate substantial profits.

According to the Premier League, Steven King, Paul Rolstona and Daniel Malone offered subscription packages to more than 1,000 pubs, clubs and homes throughout England and Wales, via their websites DreamBoxTV.co.uk and YourFootie.com.

The companies behind these sites traded under the names Dreambox (an unincorporated entity), Dreambox TV Limited, and Digital Switchover Limited.

During a decade of operations, the defendants reportedly generated more than £5 million in revenues, most recently from the reselling of illegal broadcast streams. Overall, more than 20 broadcasters had their content fraudulently obtained and then supplied by the trio but it was the Premier League that decided to bring the operation to an end.

Three Men Jailed For a Total of 17 Years

With assistance from anti-piracy company FACT, in 2019 a private prosecution brought by the Premier League resulted in a four-week trial at Warwick Crown Court that would end badly for the men.

They were among the most significant sentences for this type of offense ever handed down by a UK court but a big question remained.

£5 Million is a Significant Sum of Money

While it’s impossible to put a price on freedom, the question of where the £5 million in fraudulently-obtained funds had gone remained. At the time of sentencing we asked the Premier League whether there would be any attempt at recovery through the Proceeds of Crime Act 2002 and they confirmed that proceedings were already underway.

According to an announcement by the Premier League, on Monday and more than three years later, King is under pressure once again.

“At Warwick Crown Court today, he has been ordered to forfeit the proceeds of his criminal activities and pay back £963,000 within three months, or face having his prison sentence extended by an additional six years and eight months,” the Premier League says.

“The judge ruled King must also surrender his passport within 28 days and cannot travel abroad until the sum has been paid.”

Precisely when King began serving his initial prison sentence of seven years and four months is unclear but given the June 2022 instruction that he cannot travel abroad, assuming that he served substantially less than the 88-month sentence imposed in 2019 seems reasonable.

Whether King has almost a million pounds hidden away or would prefer to extend his sentence is unknown but at least in this case, the Premier League is not looking for a corporate windfall.

“We are pleased the courts have recognized the seriousness of piracy-related crimes and the Premier League has requested all money recovered goes back to public bodies, including law enforcement agencies, to help them continue the fantastic work they do in helping bring people like this to justice.

“We will continue to work with law enforcement to tackle piracy of our content and to educate fans on the dangers of watching Premier League matches via unauthorized streams.”