isoHunt Founder: Piracy is A Convenience and Access Problem. 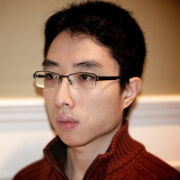 November last year isoHunt’s founder shut down the site after he signed a $110 million settlement agreement with Hollywood.

After being one of the lead figures in the BitTorrent community for over a decade, Fung is now about to close his first year as an outsider.

Has this new perspective changed his outlook on piracy? What lessons has he learned, and what should the major entertainment industry companies do to address the piracy challenge? Today Fung shares some of his thoughts from the past year.

On Piracy and The Future of Media Distribution

I’ve often said before, in court and elsewhere, that isoHunt’s shutdown means nothing against what and how much people share. isoHunt was a tool and its stats a reflection of what people wanted to share. I was right, nothing of substance has changed in file-sharing on BitTorrent. Neither has the recent downtime of The Pirate Bay it seems.

For now, piracy is being maintained by the inability of media giants to serve their customers well.

I like movies. I’ve always gone to theaters to see good movies, with friends. isoHunt’s shutdown hasn’t changed that. Recently, there was a movie I wanted to see: The Imitation Games. After weeks of it being premiered in the US, I still couldn’t see it here in BC, Canada. Only a few days ago did it start showing in just one local theater.

“Piracy” is not a money problem, it’s a convenience and access problem. Money is merely a part of the access problem. What are studios supposed to expect people to do when they want to see a movie but they can’t pay because it’s not playing locally?

So how can the entertainment industry stop piracy? Innovation.

Not being involved in file-sharing gives me the freedom to say that streaming services are the future of movies and TV. Technically, streaming and superior recommendations are the things that can effectively compete with piracy, which is not as convenient, not as legal and not as high quality. Continue to hamstring collective streaming services with licensing limitations and territorial barriers and expect piracy to endure. The War on Internet cannot be won with lawyers.

I wanted isoHunt to evolve into a service of frictionless content discovery. I realize now that without cooperation with the content owners, this isn’t possible. Technologically, I envision studios and other media companies creating open APIs and platforms so new innovative streaming services can be developed on top.

That would solve the studio’s fear of single players like Netflix dominating media distribution and eventually dictating terms in the industry. New streaming services could find a hybrid approach by using BitTorrent P2P streaming to lower cost and Bitcoin for pay per view micro-transactions.

Imagine when everyone can watch and listen to anything, anytime, anywhere, with mere cents, automatically and continuously deducted from your Bitcoin wallet. No, you won’t own your media, but that was never the case to begin with. Our entertainment will be completely in the cloud, searchable and discoverable with recommendations. Not yours, physically or otherwise, but available and priced low enough that you don’t think much about the charge.

I believe that the frictionless micro-transactions that enable this will be ideal for bridging the digital divide between creators and consumers. Taylor Swift doesn’t want to be on Spotify? She can create her own platform using a streaming API, a clearinghouse for rights, and bitcoin purchase details made available by her label. The same would be true for any TV show and movie producer.

And here’s my tip to industry associations like the MPAA and RIAA for continued relevance in this Internet age, possibly for everyone’s benefits. Become standards bodies for programmatic APIs over media rights, metadata and micro-transaction details. Record labels and movie/tv studios can use these standards to make their own works available for streaming and to accept payments from third parties.

With open APIs, new streaming services can freely innovate. With increased competition and choice, consumers can get better pricing and collectively access everything, just as the Internet eventually makes everything available. And with competing streaming services, the labels and studios don’t have to fear streaming giants such as Netflix, YouTube and Spotify consolidating too much power over distribution.

Streaming services will become the new channels, available on any connected TV, sound system and mobile device. Micro-transactions that are frictionless in access is the hardest part from a technical point of view, but has the potential to end download stores, subscription streaming and piracy of today. Free and cheaper tiers of access through the APIs are possible when supplemented with advertising naturally and new forms of product placements and endorsements, already pioneered by Youtube channels now (although ethics in continued melding of content and advertising will have to be questioned).

The piracy and ownership debates I believe will be largely academic when access to content in reality will be that easy. Media companies that hound their future customers and technology partners with lawsuits will be laughed at, like we can now laugh at horse carriages suing automobiles for going too fast

That would be a sight to see.