It is extremely common for internet service providers to prevent their customers from accessing pirate sites. Often they are required to do so by after being ordered by a court but in the United States this is almost unknown.

That’s why in the summer it was a surprise to see reports flooding in from Verizon customers alleging they could no longer access a number of pirate sites including MangaDex, NYAA and Kemono.party.

These sites have a few things in common. They all operate in the manga niche, they all have issues with copyright holders, and they all use (or have used) DDoS-Guard, a Russian CDN provider that’s considered a safe haven for pirate sites.

That raised the question of whether the nature of the sites themselves was behind Verizon’s decision to block (or more accurately, null-route), or whether the use of DDoS-Guard was the key factor.

With Verizon failing to fix or even acknowledge the issues, subscribers of the ISP have not been able to access MangaDex by ordinary means. VPNs still worked, of course, but as the image of MangaDex’s network map shows, when Verizon interferes with user connections to DDoS-Guard (the straight line pointing down from ‘Users’), none of the infrastructure behind it can be accessed. 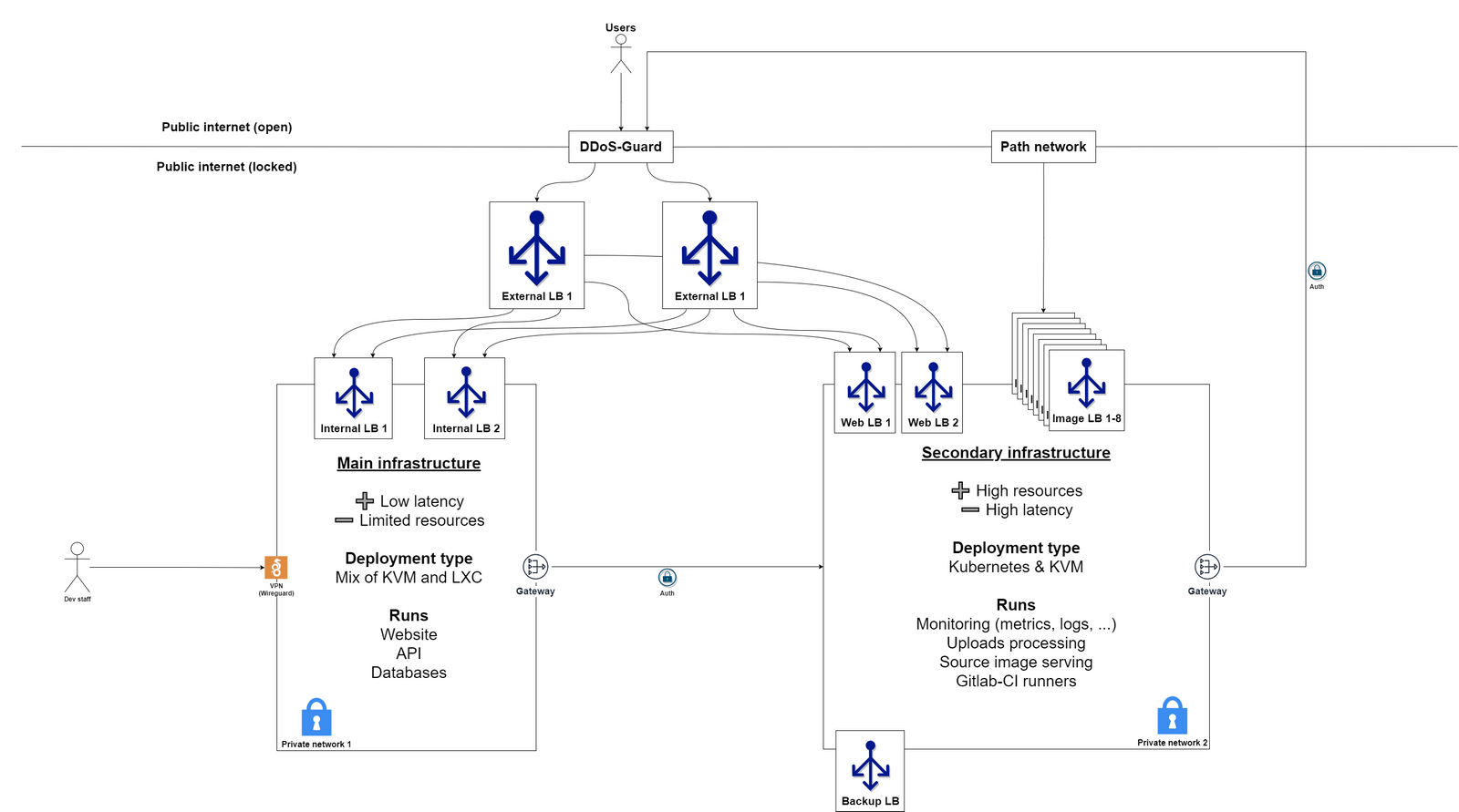 Of course, MangaDex could’ve told Verizon subscribers to use a VPN or even cast them aside completely. However, that clearly isn’t the platform’s style. Finding some way to bypass Verizon’s blocking appears to have become a challenge so, over the past several months, the team has been working on it.

In a recent announcement, MangaDex revealed that its team has been successful. How they achieved this is being kept a secret for now but the site confirms that its solution works and they received zero help from Verizon.

“To eliminate some misinformation we’ve seen circulate, we would very much like to not thank [Verizon] as they didn’t lift the ban on their end to this day. However, we are really glad to have found a workaround and happy to welcome their users back on the platform,” the team writes.

While this will be a cause for celebration for some Verizon users, MangaDex says that it doesn’t know if the fix will be a permanent one. The best solution, then, would be to switch to an ISP that doesn’t quietly block sites and then offer no explanation.

“We also must mention that there is absolutely no guarantee that our current workaround will last forever, so you might want to consider switching to an ISP that doesn’t censor your internet access at some point. That means pretty much any other one in the world,” the team concludes.

Update November 14: MangaDex has responded to some of the questions we asked earlier. The site didn’t reach out to Verizon directly before taking countermeasures.

“MangaDex has not attempted to reach out to Verizon. Outside of utilizing the typical support channels, we have found no clear way to reach out for such an issue. MangaDex is a large enough site so Verizon should be aware of the issue. Some of our users have reached out to Verizon, but, as far as we know, none have had any favorable results.”

MangaDex believes that the blockade could be related to its CDN provider DDoS Guard, as we also hinted at in our original coverage. However, it could also be a more direct attack.

“The issue could possibly be MangaDex/Nyaa specific. We feel it’s an odd choice to target us instead of larger aggregators and other sites in the same category,” MangaDex tells us.

This isn’t the only issue MangaDex is facing. The site explains that it’s also marked as “dangerous” by TrendMicro and appeals appear to be instantly rejected. SURBL, meanwhile, marked mangadex.network as spam

Mangadex Works With ‘Have I Been Pwned?’ to Warn Users About Hacked Database