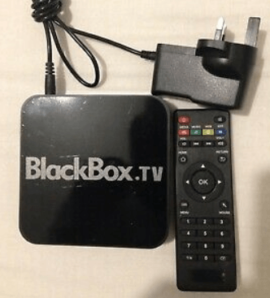 Those looking for a way to obtain otherwise premium subscription TV packages at a cheap price will find that piracy-configured TV devices are easily available online. Equally, those who prefer to see the goods before buying them can often find them for sale at markets up and down the UK.

Markets that develop a reputation for pirated and counterfeit goods can attract the attention of the authorities, including local councils. That was the case in July 2017 when Hertfordshire Trading Standards officers carried out a covert operation at Bovingdon Market.

According to Hertfordshire Council, the officers carried out a filmed, undercover purchase from traders operating from a stand under the BlackBox.tv banner. The piracy-configured device was sold on the premise that it gave access to movies and sports without the buyer having to pay a subscription.

The case took two-and-a-half years to go to trial but following a four-day hearing, two men – Thomas Tewelde and Mohamed Abdou, both from London – have now been found guilty of offenses under the Serious Crime Act 2007 and Fraud Act 2006.

During the trial, jurors were shown the covert video recorded by Trading Standards and unanimously found that the men had intentionally encouraged buyers of the devices to obtain paid TV services dishonestly. Or, in Serious Crime Act terms, they “encouraged or assisted the commission of an offense.”

Furthermore, after tests carried out by Trading Standards reportedly revealed electrical safety issues with the supplied devices, the pair were found guilty of supplying devices that failed to comply with Electrical Equipment Safety Regulations.

“We’re keen to support the growth of the creative industries which is significant in Hertfordshire. The sale of these boxes, allowing free access to copyrighted material, puts this industry and Hertfordshire jobs at risk,” commented Terry Hone, Cabinet Member for Community Safety.

“People who are buying these boxes may not be aware that they too could be committing a serious act of fraud as well as the associated risk of buying a box, which may not have been subject to safety checks, as in this case. If the deal appears too good to be true it likely is.”

In a tweet welcoming the convictions, Andrew Butler, Head of Regulatory Services at Hertfordshire County Council, revealed that the Federation Against Copyright Theft had been involved in the prosecution of the men. FACT Chief Executive Kieron Sharp issued a warning to others considering the same line of business.

“The message is very clear,” Sharp said. “If you sell a device that provides access to content that is not licensed or owned by you, you will face a criminal conviction and we thank Hertfordshire Trading Standards for their work on this case.”