While The Pirate Bay receives most of the headlines in the file-sharing world, another site has built up a massive following.

KickassTorrents, known more recently as simply KAT.ph, has become one of the most loved torrent sites on the Internet. In common with The Pirate Bay, when the site goes down TorrentFreak gets bombarded with emails from users wanting to know what’s going on. Today is such a day.

A couple of hours the ago the site simply disappeared from the Internet with the site’s operators departing with a brief “We have an unexpected maintenance” message on Twitter.

All emails to KAT’s operators are currently bouncing due to what appears to be an issue with their KAT.ph domain. “Destination .PH Domain does not exist or has expired,” is the message we get in return.

As can be seen from the image below, a check for KAT.ph indicates that the site’s DNS is functioning ‘correctly’, except for in Italy and India where it’s null routed and blocked respectively. 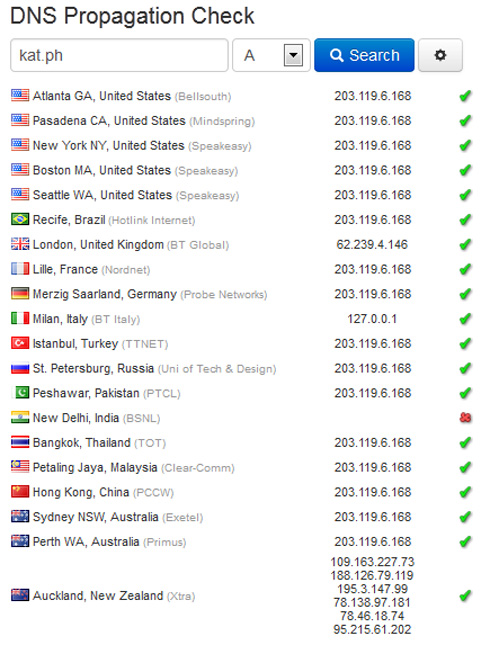 However, on closer inspection we can see that instead of pointing to the usual IP addresses associated with the site, currently the KAT.ph domain points to an IP address range associated with DotPH, the official registrar for the Philippines where KickAss registered their domain. 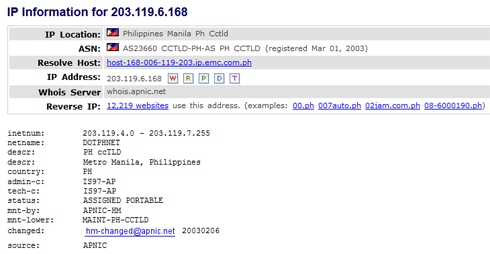 We cannot say with absolute certainty what this means, but it seems likely that KAT may be experiencing issues with DotPH over their domain. It is feasible that the domain has been reclaimed by the registry although on what grounds and for how long is impossible to predict.

In the meantime TorrentFreak has been informed by ProxyBay.me, the operator of the ProxyKat.net site (which still provides access to KickassTorrents), that around 50% of his proxies have begun diverting to a new domain, Kickass.to. Whether this switch is a permanent or temporary measure will probably become apparent in the hours to come.

Finally, as previously reported, a site called TorrentMirrors claims to keep torrent sites alive, even while they’re down. At this moment it appears to be keeping its word.

Update: According to a post by KAT staff member Chew the .ph domain has been seized.