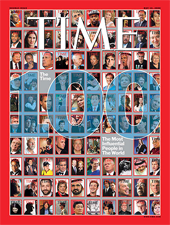 According to its creator Time magazine, the 2013 Time 100 poll features the “leaders, artists, innovators, icons and heroes” that its readers believe are the “most influential people in the world.”

Certainly, over the years the list has featured some true giants such as Barack Obama, Nelson Mandela, Steve Jobs, Bill Gates and the Dalai Lama, but possessing less obviously important qualities is no barrier to entry.

As beautiful, tuneful and fashionable as they are, one might wonder why Beyoncé, Jay-Z, and David and Victoria Beckham are sharing the company of Bill Clinton, Benjamin Netanyahu and Pope Francis among this year’s nominees. But they are, and some of the voting defies sensible explanation.

Nevertheless, while simply being nominated for the list is obviously quite a compliment to some, many voters are clearly against the inclusion of certain individuals. For an example, look no further than Bashar Assad of Syria. Currently in an impressive fourth place, Assad has 56,785 votes in favor but 80,389 against.

With only marginally fewer votes in fifth place but with a massively higher approval rating is Markus “Notch” Persson of Minecraft fame, which suggests that not being a murderous dictator can gain approval from fans in the gaming world.

However, with Asia sitting on the brink and the world being kept guessing, it’s only appropriate that North Korean leader Kim Jong Un should be making waves in the Time 100 poll too. Currently in eighth position the DPRK’s most recognizable figure has 17,193 votes in favor and 10,282 against. If he was on Reddit he’d probably be asking in disbelief why he was getting downvoted.

But in Time 100’s battle of the Kims there can only be one winner. If current voting trends continue the victor will hail not from North Korea but from the southwestern Pacific Ocean. 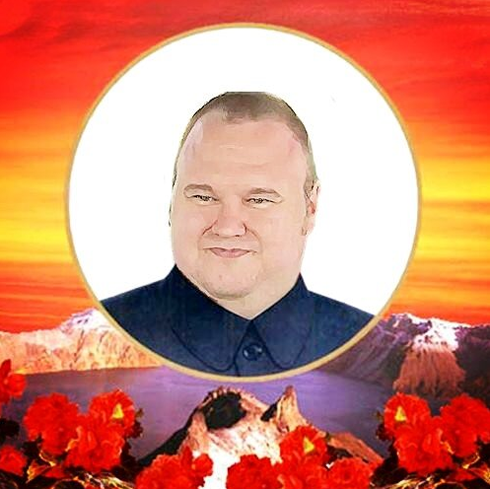 Fortunately way outside ballistic missile range, New Zealand’s Kim Dotcom is currently in an amazing third place in the voting. Not only that, the Megaupload founder has 65,782 votes in favor and only 2,998 against, giving him a better approval rating than second placed Arvind Kejriwal and current (and hugely unpopular) poll leader Mohamed Morsi.

Dotcom is no stranger to controversy – or publicity. He has generated many hundreds of news articles since his arrest in 2012 and through sheer bloody-mindedness and hard work has seemingly shrugged off the collective might of the U.S. Government.

Like many of the characters in the list, Dotcom is a polarizing figure. To countless people online he’s a freedom-fighting digital innovator with the common man’s interests at heart, but to others he’s a ruthless businessman with a criminal past who made his wealth on the back of other people’s hard work. For the purposes of winning the poll, it doesn’t seem to matter which faction is to be believed.

The Time 100 voting closes this Friday, April 12th and after that it will be up to the magazine to decide the winner.

Rest assured, while there might be many reasons, good and bad, for an individual to appear at the top of this list, Kim Dotcom won’t mind which relates to him, just as long as he wins. He’s been making a real habit of that all his life, even after monumental setbacks.

Finally, Dotcom arch-enemy and Vice President of the United States Joe Biden. He’s currently down in 41st place with a barely break-even score of 7,706 in favor and 7,577 against.

That will make Dotcom smile, if nothing else.