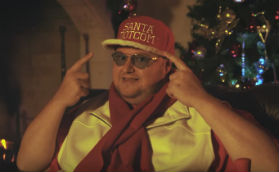 Following the shutdown of Megaupload in 2012 and the simultaneous raids on founder Kim Dotcom and his colleagues in New Zealand, the US Government has tried to extradite the tech entrepreneurs.

They believe that the former Megaupload quartet should be handed over to face charges of copyright infringement, racketeering and money laundering. The effort has been contested every step of the way.

In July, after the case had traveled through the District Court and High Court, New Zealand’s Court of Appeal ruled that under the Extradition Act 1999, Dotcom and his former colleagues are indeed eligible for extradition to the United States.

Dotcom and his co-accused quickly announced they would appeal the decision to the Supreme Court. During a hearing earlier this month, the US argued that there is no direct right of appeal in Dotcom’s criminal case, since in 2012, when the case began, there was no eligibility for a third appeal in extradition cases.

This morning, however, the Supreme Court decided otherwise, with Justice William Young declaring that the Court does have the jurisdiction to handle the appeals of Kim Dotcom and former colleagues Mathias Ortmann, Finn Batato, and Bram van der Kolk.

“It is common ground that under the now relevant provisions of the Extradition Act and the Criminal Procedure Act 2011, the Court has jurisdiction to hear appeals in cases involving extradition,” a summary from the Court reads.

“This case, however, falls to be determined by reference to the law as it was when the extradition proceedings commenced – that is, in 2012 which was before the Criminal Procedure Act came into effect. The case turns on the combined effect of the Supreme Court Act 2003 and the Summary Proceedings Act 1957 as they were in 2012.”

In another complex ruling of the kind this long process has become associated, the Court grapples with issues under both civil and criminal law but ultimately offers the words Dotcom had been hoping for.

“Given the significance of extradition, there is no reason to suppose that the parliamentary purpose was to exclude a right of appeal to this Court,” the decision reads.

“We conclude that we have jurisdiction to entertain the proposed appeals.”

The news was welcomed by Dotcom defense lawyer Ira Rothken.

“We are pleased that the New Zealand Supreme Court granted review of the US extradition case against Kim Dotcom. We believe that the Court will find that cloud storage providers cannot be held criminally liable for user copyright infringements under NZ law,” he said.

Dotcom, who has suffered a series of legal setbacks in recent months, enjoyed the moment too, taking to Twitter to celebrate the decision.

Finally, in what is perhaps a not entirely unexpected development, Dotcom also took the opportunity to welcome his wife, Liz Dotcom, to his legal team.

“I’m happy to announce that my Brilliant wife, Elizabeth Dotcom, is joining my legal team in 2019. She graduated in Law and Business this year and I’m very proud to become her first client. What an excellent start for her career in the Supreme Court of New Zealand,” he said.

This is how big today’s Supreme Court judgement is ??? pic.twitter.com/SNYkyittw3