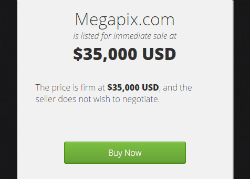 When Kim Dotcom’s mansion was raided early 2012, the U.S. Government targeted various domain names that were linked to the “Mega conspiracy.”

While Megaupload and Megavideo were the most prominent targets, the indictment also listed megapix.com, megacar.com, megabackup.com and various other “Mega” domains.

All the above sites were pulled offline as a result of the raids, and Megaupload.com and Megavideo.com displayed a banner informing visitors that the sites were under investigation.

As reported previously, the banners vanished after the U.S. Department of Justice made a mistake, which also caused the seized Megaupload and Megavideo domains to run malicious ads.

After uncovering these problems with the Megaupload and Megavideo domains, we noticed something else strange. The domain name Megabackup.com was no longer listed as seized.

In fact, the domain is now in use by another company that offers backup solutions, similar to what Megaupload planned. 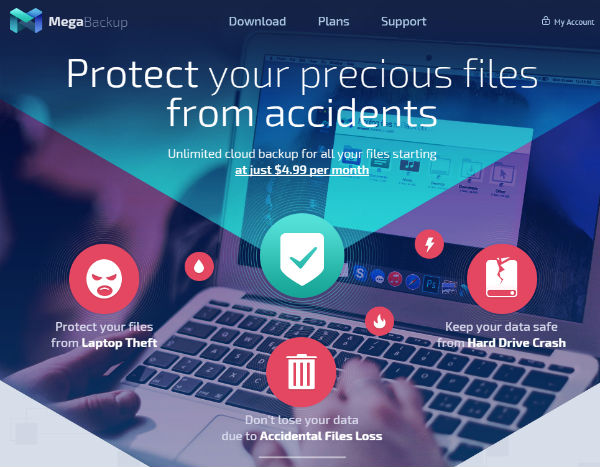 Baffled by this finding, we contacted the company behind the new backup service. They informed us that they are in no way affiliated with Kim Dotcom, Megaupload or its former employees.

“We are an independent software startup with no affiliation to MegaUpload whatsoever,” a company spokesperson said.

Instead, the new Megabackup simply bought the domain name through a broker after it had expired.

“We have acquired this domain name through a reseller platform called ‘Sedo’ about a year ago, simply because this name looked interesting and suitable for the backup software we make.”

Megabackup is not the only domain that expired. The same happened to megacar.com, megagogo.com and megapix.com. The latter is currently on sale for a cool $35,000.

HugeDomains, the company currently selling Megagogo.com, informed us that they scooped up the domain after it had expired.

“When the domain was not renewed by the owner after expiration, HugeDomains acquired the domain when it became publicly available on January 22, 2015,” the company informed us.

So has the U.S. Department of Justice made another mistake by letting these domains slip out of their hands? Well, not so fast.

While the domain names are all linked to Megaupload and mentioned in the indictment, those on sale were not officially seized unlike many others.

This means that anyone could have picked them up, which has also happened to Kim Dotcom’s kimpire.com domain.

Commenting on the situation Dotcom informs us that the domains were not supposed to expire. “This should not have happened,” he says, adding that someone else in his team handled the registrations.