Adult magazine publisher Perfect 10 has made a business out of suing online services for allegedly facilitating copyright infringement.

Over the past several years the company has targeted a dozen high-profile companies including Google, Amazon, Yandex, MasterCard, Visa, Leaseweb, RapidShare, Depositfiles and Giganews.

Private settlements aside the legal campaigns haven’t been particularly successful for the publisher. Last year Perfect 10 lost another battle against Giganews, with the court ordering the company to pay $5.6 million in legal fees, a decision which was upheld by the court of appeals.

While the parties involved are not the biggest names, the case itself has drawn the interest of key players in the movie and music industries, as well as several tech giants.

This became apparent once again when Perfect 10 asked the Ninth Circuit Court of Appeals for a rehearing a few weeks ago. Soon after this request was submitted, both the MPAA and RIAA chimed in with their support.

The copyright industry groups were particularly concerned with the panel’s decision that Giganews is not liable for vicarious infringement, because there was no evidence indicating that anyone subscribed to Giganews to download pirated Perfect 10 material.

“Indeed, Perfect 10 provides evidence that suggests only that some subscribers joined Giganews to access infringing material generally; Perfect 10 does not proffer evidence showing that Giganews attracted subscriptions because of the infringing Perfect 10 material,” it read.

According to the MPAA and RIAA, this finding goes against existing case law, so they asked for a rehearing. According to the groups, it should be enough to simply show that the general availability of copyright-infringing material draws ‘pirate’ users.

“Courts have long held that a plaintiff can satisfy the direct financial benefit prong by showing that the general availability of a particular type of infringing material on the defendant’s premises—or, in the internet context, through the defendant’s site or service—draws third-parties hoping to obtain infringing material,” the MPAA wrote (pdf). 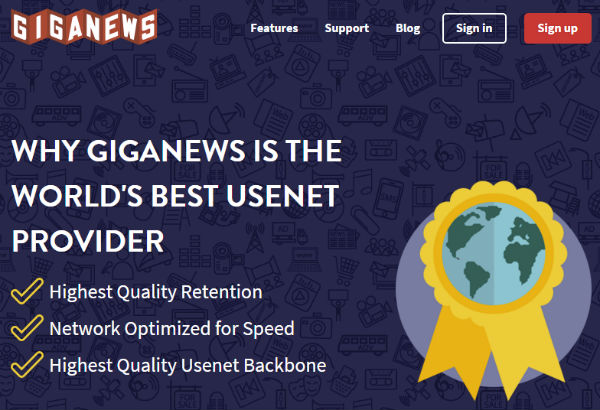 The RIAA agreed and said that rightsholders should not be required to show a direct causal link between infringements of their work as a “draw” for using Giganews.

“By imposing this novel standard, the panel departed from established and longstanding precedent in the Ninth Circuit and elsewhere, and its ruling will likely result in harmful unintended consequences,” the music group wrote (pdf).

“It could effectively eliminate the ‘only practical alternative’ for many copyright owners to protect their copyrights […] and insulate the largest and most egregious copyright-infringement businesses from vicarious infringement claims.”

Not everyone agrees with this doom and gloom scenario though. In fact, many prominent tech industry groups including the Internet Infrastructure Coalition, Internet Association, Computer & Communications Industry Association, and the Consumer Technology Association sided with the Usenet provider.

Representing high profile members such as Google, Facebook and Microsoft, they urged the Court of Appeals in a joint brief (pdf) to keep the decision intact.

“Amici MPAA and RIAA now join ‘serial litigant’ Perfect 10 in asking this Court to rehear the case in order to discard this requirement. Doing so would have little effect on cases brought against pirates, but would severely and unnecessarily threaten innovation and investment in lawful online services and connected devices,” the groups warned.

The above is just a brief glimpse of the dozens of pages of paperwork the various parties submitted, showing that this case could have a major impact.

After carefully reviewing the various positions, the Ninth Circuit Court of Appeals decided (pdf) not to grant a rehearing. This means that the verdict will stand as it is, which is bad news for Perfect 10, the RIAA and the MPAA.

Dr. Norman Zada, president of Perfect 10, is indeed disappointed with the outcome, noting that it destroyed his company and threatens other rightsholders.

“Unfortunately, the Ninth Circuit effectively immunized those who illegally copy, distribute, and sell access to pirated movies, songs, images, software, magazines, and other copyrighted works, as long as they use a computer to automate that process,” Zada said.

“The ruling is very bad news for this nation’s creative industries, who need to be paid for the use of their works. Prior to this case, no court had ever allowed a defendant to make untold millions by selling access to content they did not own.”

The only move left for Perfect 10 is the Supreme Court, but there are no guarantees that it will hear this case.

Giganews, meanwhile, will continue to offer its Usenet services with the outlook of having a few extra millions in the bank soon. That is, if Perfect 10 can pay the full amount before it goes bankrupt.