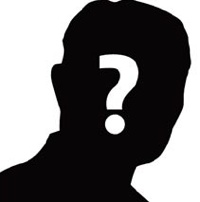 With millions of visitors per day, the leading BitTorrent sites are valuable properties. Although none of the big sites have been sold publicly, most of them are easily worth a million dollars.

In recent history quite a few medium-sized torrent sites have changed owners, but these were all deals done within the torrent community, none were conducted in the open.

The first time that an outsider went public with plans to buy a torrent site was last year when Global Gaming Factory (GGF) made a $7.8 million offer for The Pirate Bay, and a $25 million offer to buy Mininova. GGF planned to legalize the sites and turn them into media portals where movies and music would be sold with approval from copyright holders.

Most readers probably recall that the deals with the two largest torrent sites at the time didn’t go through due to funding issues. However, last month GGF CEO Hans Pandeya popped up again, this time with an offer for the largest semi-private BitTorrent community Demonoid. Apparently, he had not yet abandoned his plans.

Demonoid’s owner told TorrentFreak that he was not interested in anything GGF had to offer, so Pandeya had to target other sites to carry out his plans. Interestingly enough, a few days after Demonoid rejected Pandeya’s offer, the Canadian law firm Thompson Dorfman Sweatman LLP contacted several other larger torrent sites with similar offers.

In their correspondence the solicitors claim to be working for a U.S. based corporation that is interested in acquiring the assets of the sites in question. The identity of the potential buyer is not disclosed, but considering the timing it wouldn’t be strange if it turned out to be GGF CEO Hans Pandeya.

Torrent sites don’t often get offers from external parties, except the ones from GGF we discussed above. If Pandeya is indeed behind the offer, it would make sense for him to make his approach using the cover of a law firm due to the bad reputation he has built up among torrent site owners.

The torrent sites that have been approached prefer not to be named, but they are among the most visited on the Internet, which is in line with Pandeya’s plans. The only thing that’s different this time is the money being offered. Unlike the millions of dollars that were thrown around previously, the current offers are at the lower end of the scale.

None of the torrent sites that were contacted are interested in selling, so it is likely that we might never know the truth about the mysterious buyer or if he has connections to GGF.

Hans Pandeya was contacted for a comment, but didn’t want to respond on the record.