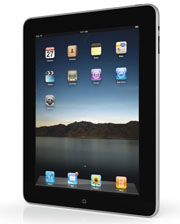 After years of numerous hardware companies flirting and largely failing with the format, half a decade ago the revolution the tablet market had been waiting for finally arrived.

With a huge fanfare of publicity on April 3, 2010 Apple launched its now iconic iPad. The convenient, functional and practical era of tablets had well and truly arrived and for millions of consumers around the globe the device became the computing weapon of choice.

With new hardware came new opportunities and for the major Hollywood studios the iPad and its beautiful screen had the potential to be both friend and foe. An analysis made available following last year’s Sony hack and Wikileaks’ refreshed publication yesterday provides a sneak insight into the MPAA’s assessment of the device.

Titled “The iPad – From a Content Protection Perspective” the document lists the positive and potential negatives for the device.

On the plus side the MPAA was predictably pleased with Apple’s ‘walled-garden’ approach to DRM-protected premium content supply.

“Novice user will opt for ‘iTunes and App store’ type of use,” the document reads, noting that the iPad “allows for some technical protection measures as well as e-Commerce environments that allow for digital rights management.”

The MPAA was also impressed with the educational potential of the iPad and App Store, noting that the pair together promote the notion that content needs to be paid for.

“The iPad essentially acts as a digital wallet (a multifunctional credit card) so users will be much more aware that digital content can have a value,” the report notes.

Of course, Apple’s notoriously tough security also achieved a tick in the plus column but not without a reminder that things can be undone by the determined hacker.

“The iPad, like the iPhone may not be too appealing to the pirate type due to its closed (technological) environment. On the other hand, the iPhone has been ‘jailbroken’ and the iPad will share the same fate,” the report correctly predicts.

Most of the negatives listed by the MPAA center around the conversion of media obtained in one format and then converted for use on the iPad. With relatively generous storage capacity by 2010 standards, that could amount to a few dozen pirate films on a device.

“Converting existing movies (Pirated, Blu-ray or DVD) to the .m4v format suitable for the iPad will take about 1 hr per movie using application such as ‘Handbrake’,” the report reads.

“The typical ripped Blu-ray file, made ready for the iPad, will take up 1.5 Gigabyte of disk space. On average a 64 GB iPad will be able to carry 40 high quality rips.”

But the MPAA feared the risks wouldn’t end there. Once obtained on one device, pirate content could then spread to another.

“Although the above steps may only be taken by those accustomed to pirating content, the nature of this platform will smoothen large-scale exchanges of clusters of movies (iPad to iPad),” the report reads.

“Although most pirates will tend to go and download content illegally, to first put it on desktop computer and only then convert it to the iPad, it is not difficult to foresee a future wherein they may go and enable inter-iPad file sharing or file streaming.”

In addition to concerns that iPad owners might start adding “PVR type” TV broadcasting recordings to their devices, the MPAA was also developing fears over the iPad’s ability to connect to large screen devices.

“Although quite cumbersome (at least three different video adapters are
available and each has different functionalities) it is possible to display content on external devices such as projectors and TVs. It is also possible to both display and stream content from a desktop computer to an iPad,” the report adds.

And with Airplay video landing later in 2010, the MPAA correctly predicted it would take off.

“The wired and wireless streaming of iPad data to external (remote) screens is expected to become very popular,” the report notes.

Finally – the big positive and big negative, all in one

The very first positive point in the MPAA’s piracy assessment of the iPad is the type of video delivery system the device is optimized for.

“Device aimed at users of streaming services,” the number one plus point reads.

While undoubtedly excellent for viewing streaming content (the Netflix iPad app debuted on the iTunes App Store at the device’s launch in April 2010), little did the MPAA know that almost exactly five years later it would be greeted with the following headline:

Five years is definitely a long time in technology terms….

Further reading on the studios’ iPad studies courtesy of Wikileaks, here and here.