When a US federal court ordered LimeWire to shut down ten years ago, it marked the end of an era.

Initially, the site informed users about the court order and urged people to remove the software from their computers.

“If you have downloaded LimeWire software in the past, files on your personal computers containing private or sensitive information may have been inadvertently shared and you should use your best efforts to remove the software from your computers,” it read.

Years later, the site simply returned a blank page. As time passed LimeWire became a distant memory for many, but not everyone has forgotten about it. In fact, two former LimeWire developers came up with a plan to resurrect it last year.

The idea started when the LimeWire.com domain was about to expire. This raised the interest of former LimeWire developer Zlatin Balevsky and an old colleague, who shall go unnamed.

The idea was serious. Various legal angles were explored to ensure that everything was in order on that front. After a few months, all lights turned green and the ‘new’ LimeWire was ready to be launched. Then the plan suddenly fell apart.

Balevsky was still willing to go ahead but his colleague, who managed crucial parts of the project, could no longer participate for reasons we can’t elaborate on. Considering the amount of time they had spent on the project this was a major disappointment, Balevsky tells us, but it was also the start of a new idea.

The developer decided to continue as a one-man team and took over the LimeWire.com domain. Instead of using it to promote a LimeWire resurrection, it is now used to share something new, MuWire, an anonymous file-sharing application.

The idea for MuWire wasn’t new for Balevsky, who always had plans to develop an anonymous file-sharing tool. In recent years he also contributed to the Invisible Internet Project (I2P), which provides a Tor-like anonymity layer for file-sharing. Eventually, it all came together.

“Originally I thought I’d create a simple copy of LimeWire but with anonymity, however as I went the project diverged into some other interesting features. I had registered the muwire.com domain back in 2008 or 2009, but it wasn’t until I acquired the limewire.com domain that I got serious about working on MuWire,” Balevsky tells us. 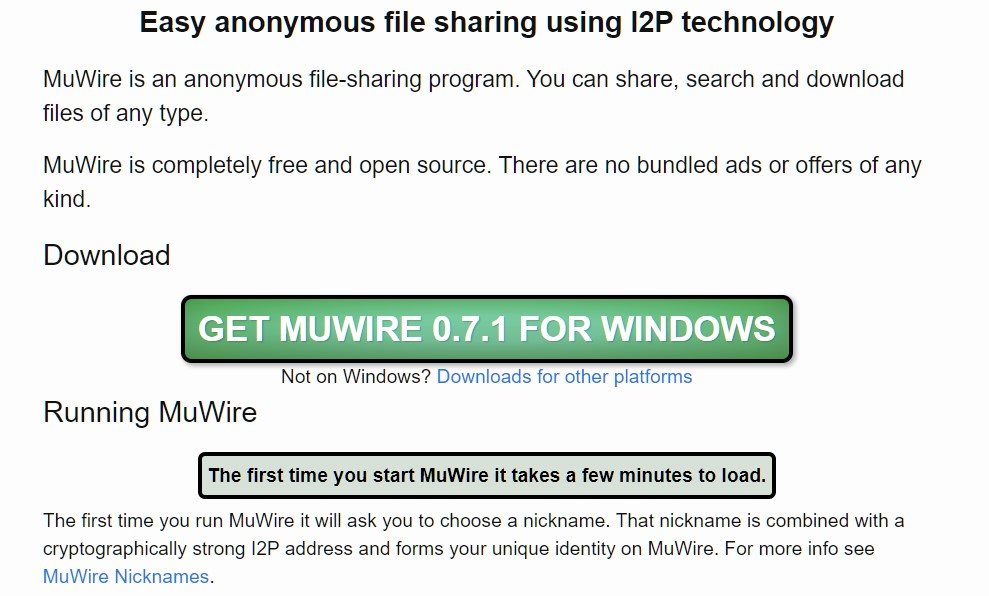 While the old LimeWire domain now links to MuWire, the two applications are completely different. For starters, Balevsky runs it as a hobby project which will never make a penny. And under the hood, MuWire is in no way comparable to LimeWire either.

Initially, the idea was to start with a LimeWire clone and implement the anonymity layer. However, when development progressed Balevsky realized that he could do much more with I2P.

“Even though MuWire users are anonymous, they hide behind MuWire identities which are cryptographically strong and enforced by the I2P protocol. This opened the door to more features like Web Of Trust, File Feeds (similar to RSS) and chat,” Balevsky tells us.

When we tried out MuWire it reminded us of some early file-sharing applications, with an old-fashioned look and an interface that may be a bit overwhelming to non-tech-savvy users. While sharing files works just fine, the anonymity aspect makes it slow. After all, the transfers have to be routed through other users and I2P routers at the endpoint.

This means that downloading larger files can take days, instead of hours, or minutes. This is an experience veteran file-sharers may recall from many years ago.

“Oh man, 6-7KB/s. Feels like 1999 dialup and Audiogalaxy all over again. Thanks for the memory trip,” a Reddit user with a similar experience summarized. 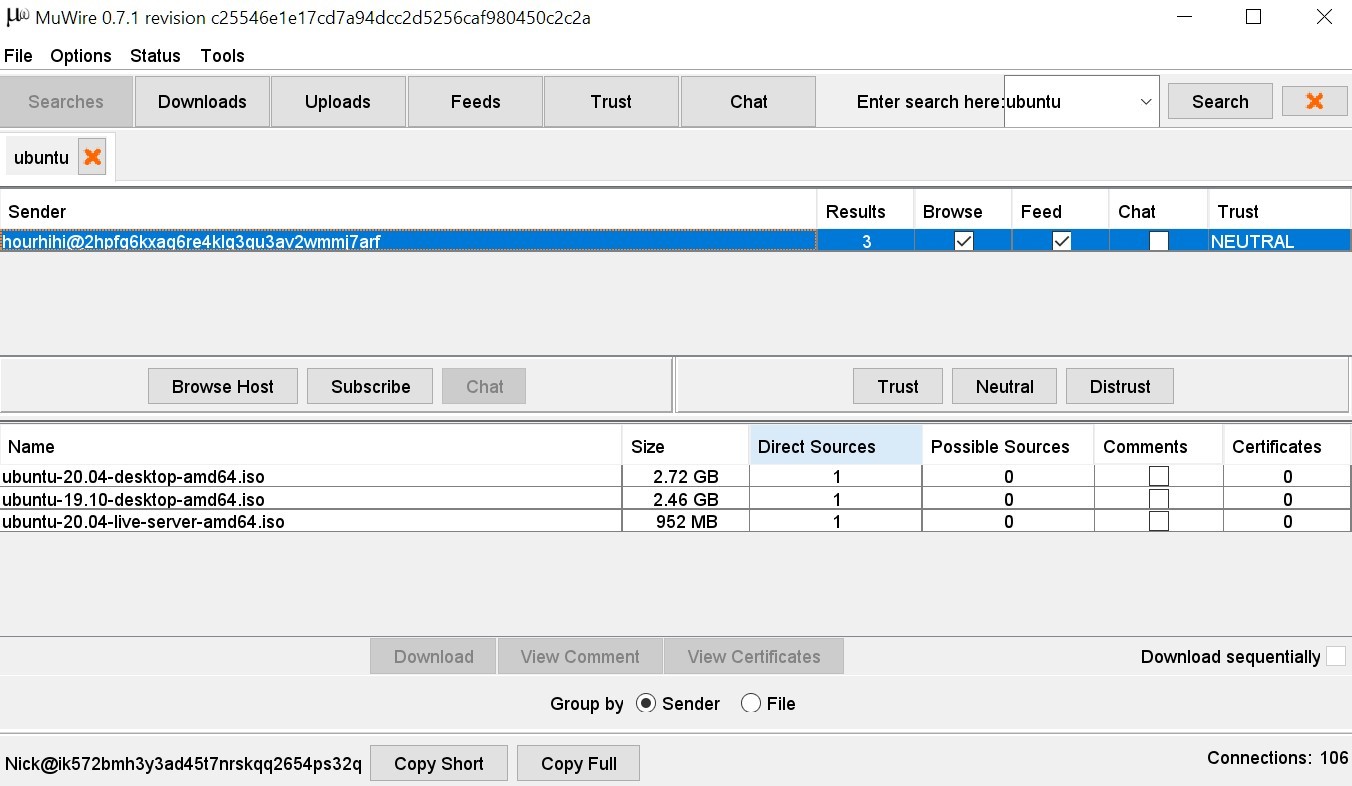 The slow download speeds and old fashioned user interface may not appeal to the masses. This is also reflected by the relatively modest number of current users, which is just over a hundred at any given time of day. That said, the project still brings a sense of excitement to a niche community.

In a way, it’s reminiscent of the time when the file-sharing boom started, two decades ago. A period when developers released new file-sharing tools every month, tinkering with code to offer a better product, instead of focusing on ads and revenue.

Money isn’t a factor for Balevsky and the same is true for all of the developers who have joined the project since he started it. While MuWire isn’t a LimeWire resurrection, it sure brings back memories. On top of that, a good free anonymous file-sharing tool can always come in handy.